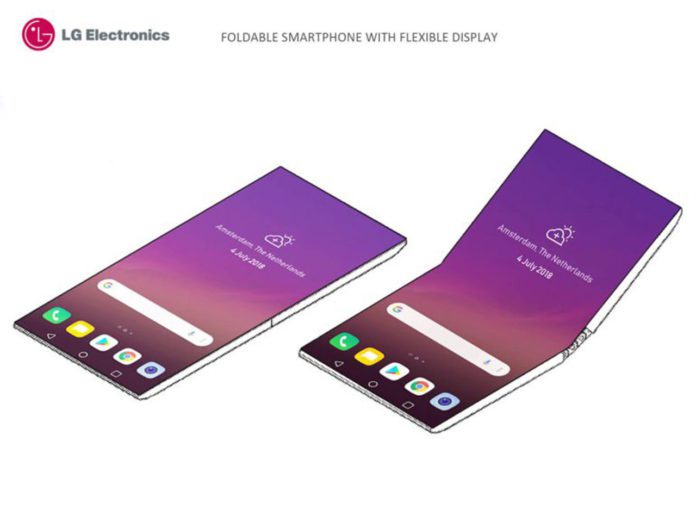 LG has submitted this patent at the end of 2017 and the company got the approval for the same on June 28, 2018. However, the patent was not made public by the company itself even after the approval. But now the patent image is available by the known industry LetsGoDigital. 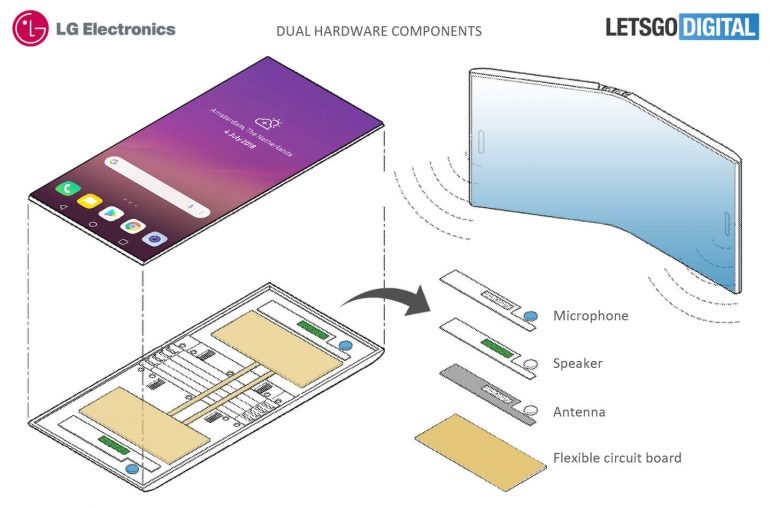 We cannot see any type of thermal mechanism in the hinge to remove the distortion from the screen. Hence, there is a major drawback for such type of design. And that is the damaging of the screen if the smartphone folded frequently. Well, this point is really noticeable.

In the patent, LG’s foldable smartphone looks with the bezel-less design. When someone unfolds the device, the screen will turn on automatically. And when the device will be folded the screen will turn off. In the image, the device is shown from the inside. Where the parts are highlighted with the different colors. You can clearly see there are two speakers, two flexible circuits, and two antennas. 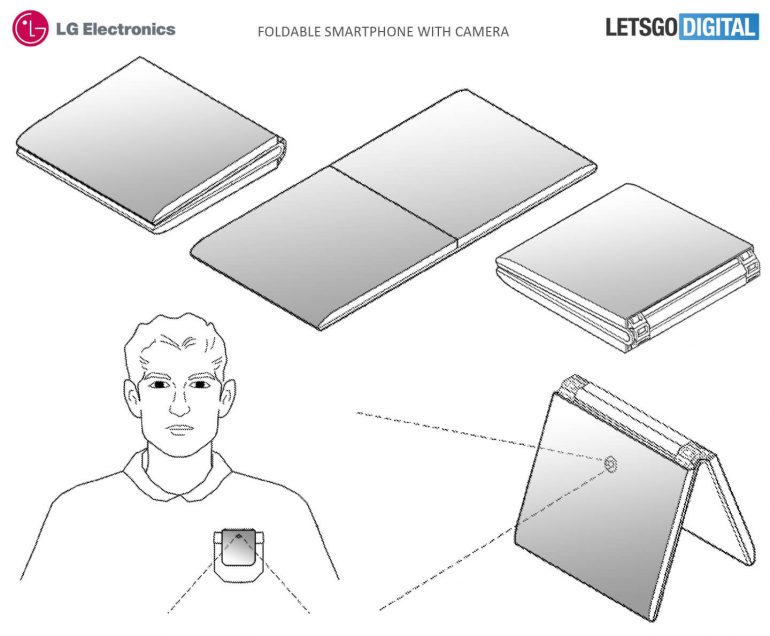 LG has shown another one new usage of this foldable smartphone. The user can put this device in the pocket by folding it. And using the device camera which is provided near the hinge, one can easily record the video. We can see there is now a screen turned of while recording or taking a picture. You can see while taking a picture or recording a video the screen is not activated. So, the battery consumption becomes less.