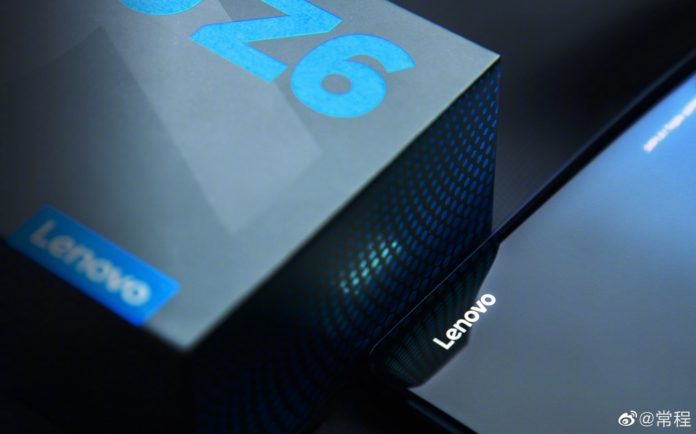 A regular variant in Lenovo Z6 lineup is now teased by Lenovo Group Vice President on his official Weibo handle. Two handsets Lenovo Z6 Pro and Lenovo Z6 Youth (or some of you might want to call it Lenovo Z6 Lite) packs Snapdragon 855 and Snapdragon 710 respectively, already made their debut in April. Although somehow, it might be surprising, we didn’t see middle variant – Lenovo Z6.

The images have been officially surfaced on Lenovo VP Weibo account. So, finally, we knew now that Lenovo Z6 will come with the gradient finish in two different color options – Blue and Brown. For now, we can it could sport the 3D curved glass on the rear side with the Gorilla Glass protection like previous one Z6 Pro.

The company didn’t walk through its key-specifications. Of course, those will be kept secret until its official launch. So, there is nothing to share. However, keeping it could most probably bring some features carried out from its bigger brother Lenovo Z6 Pro. Out of the box, the phone will run over ZUI 11 atop Android 9 Pie which comes with some enhanced features includes Game Turbo mode, U-health, U-touch, etc.

Well, there are most probably chances of triple rear camera setup on the rear side. Although, nothing can be confirmed since there is no further information and we don’t want to spread any kind of wrong information.