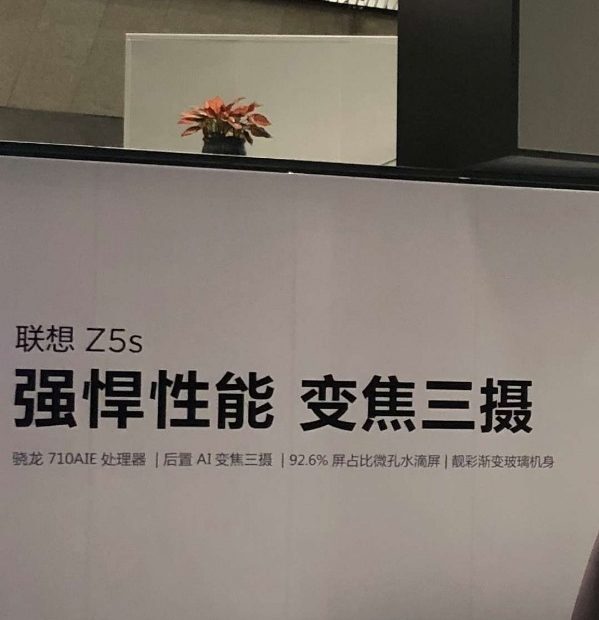 Lenovo Z5s is scheduled to launch tomorrow or you can say in less 24 hours. As we are going near to the official launch, more leaks and rumors are taking up the place. Ahead of tomorrow’s official launch of the Lenovo Z5s, today someone leaked promotional banner which reveals some key specifications of this device.

Of course, the event is held in China. So, you everything is in the Chinese language as expected. But thanks to Google translate. We passed this image through the Google translate applications and here’s what you get after converting the image text into English. 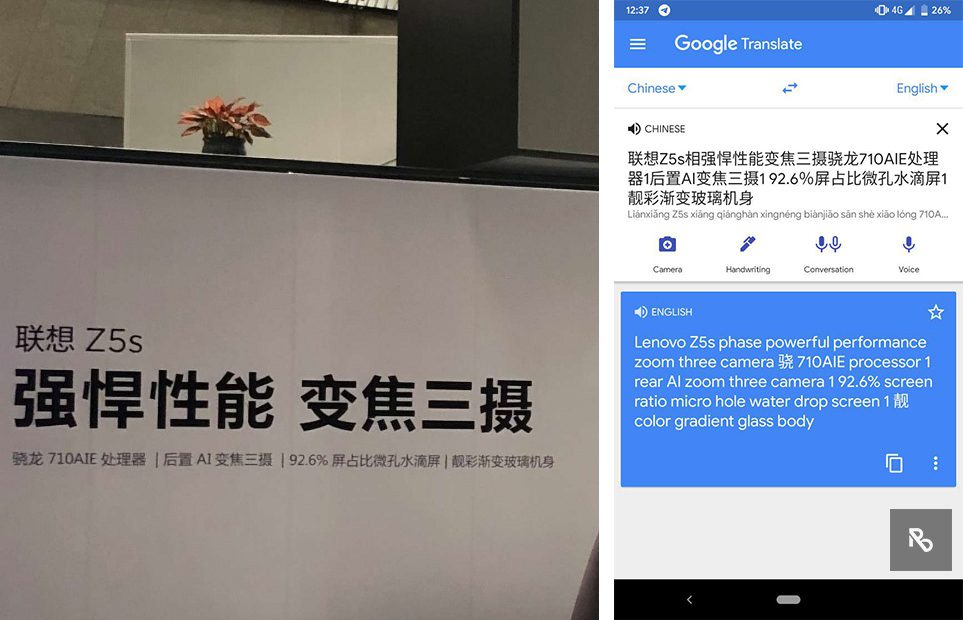 So, Lenovo Z5s will have the Snapdragon 710 Octa-core chipset clocked at 1.7 GHz. And as we know this Qualcomm chipset is specially made for the upper mid-range devices. The word AIE next to the chipset suggests that the phone will have Artificial Intelligence support. As I said earlier Lenovo Z5s will be the upper mid-range device. And therefore, the device could have the triple camera setup on the rear side. And because of AI support, there will be AI-powered camera features.

Further, the device will have the teardrop notch over the front. Some may call it waterdrop. But, as specially mentioned on the promotional image, the hole will be micro-sized in order to feature higher screen-to-body ratio which is around 92.6%. As far as color options go, the smartphone will have gradient colored glass body in three different colors. The list might include Coral Orange, Quite Blue and Starry Night.

Lenovo seems to provide near to best specifications in this device. Today, the company has officially announced that in future they will be launching Lenovo Z5s special edition in collaboration with the Ferrari just as OnePlus did with the McLaren. And according to the rumors, it might be packed with the Snapdragon 845 SoC, 12GB of RAM and 128GB of internal storage.