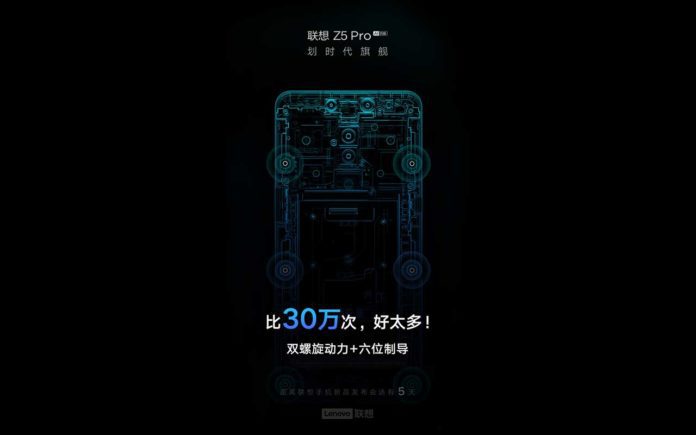 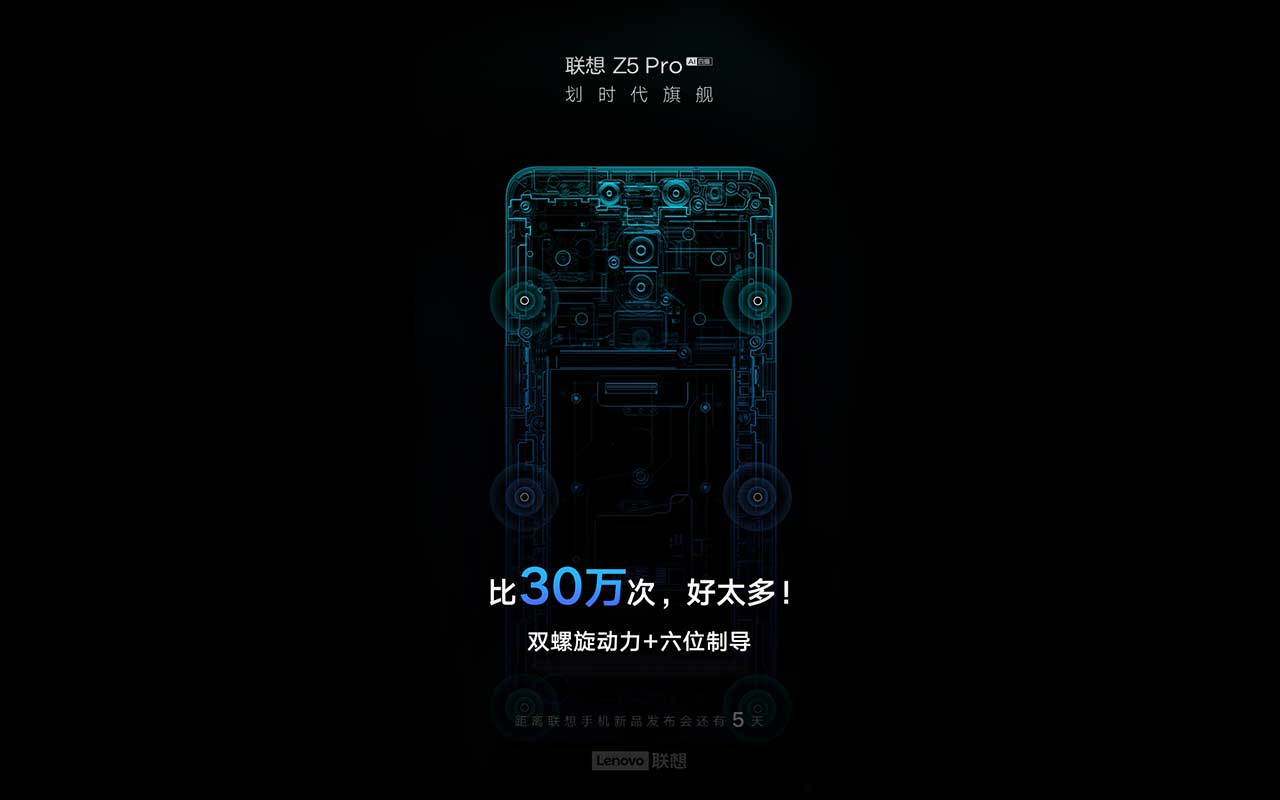 No, it is not surprising for us to have sliding tech in 2018 smartphone. But of course, if you see a new technology which manufacturer use to lift up the back panel then it might make us surprised which Lenovo might do with their Lenovo Z5 Pro. The company’s vice president already have made fun of Xiaomi Mi Mix 3 on his official Weibo account, in addition, he has also revealed some exciting information about the company’s upcoming Z5 Pro device.

Lenovo’s Group Vice President – Chang Wei made a post on Weibo in which he said, “There is no premium feeling when sliding a phone with magnets, the real deal is having a ‘six-guided double-helical power system.” Further, he also shared a promotional image of Lenovo Z5 Pro. For now, just ignore everything you see on the poster and focus on the device cross-section image which reflects the design of their new technology.

The mechanism shown in the image is said to be the “two-screw power” and “six-position guidance technology”. Now, it is is not the first we will see the sliding camera technology. Let’s take a look at Oppo Find X. The device carries the motor, some cables and a couple of wires to lift the back panel.

But what’s the most interesting about this Lenovo’s new technology? First, this technology is 300,000 times better than recently launched Mi Mix 3 device. No… please don’t judge me. This is written by the Vice President – Cheng Wei. And second, the lifespan is also high. It is last longer. The Oppo Find X has not that much type of durable mechanism. The teeth might get damages if you drop your device from a certain height. While the Mi Mix 3 has a magnetic sliding mechanism.