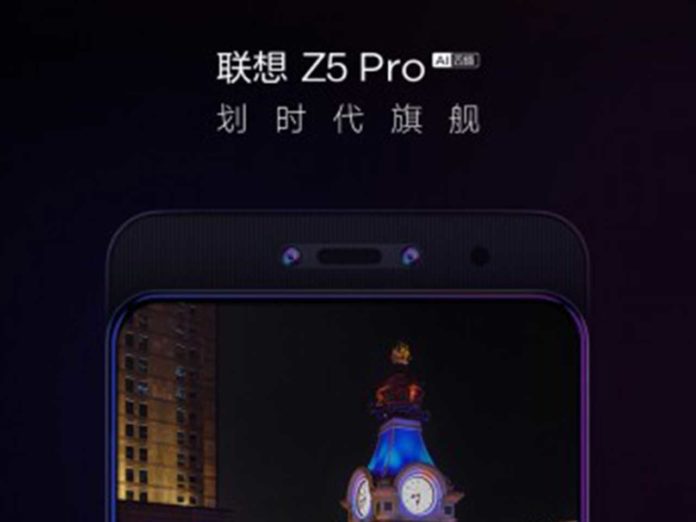 Lenovo Z5 Pro launch event is around the corner. The company is going to introduce their new flagship – Z5 Pro in two days. Of course, the device will have some exciting features includes the in-display fingerprint sensor, the massive screen-to-body ration and sliding camera technology. The company’s Vice President has already shared some teasers on his official Weibo account. And today new teaser comes up which gives us camera information.

The company’s VP and former president of ZUK Chang Cheng have revealed main camera setup information of Lenovo Z5 Pro device. The device will have dual sensors of 24MP and 16MP sensors. Further, these both cameras will have Artifical Intelligence power to capture crisp images with improved details. 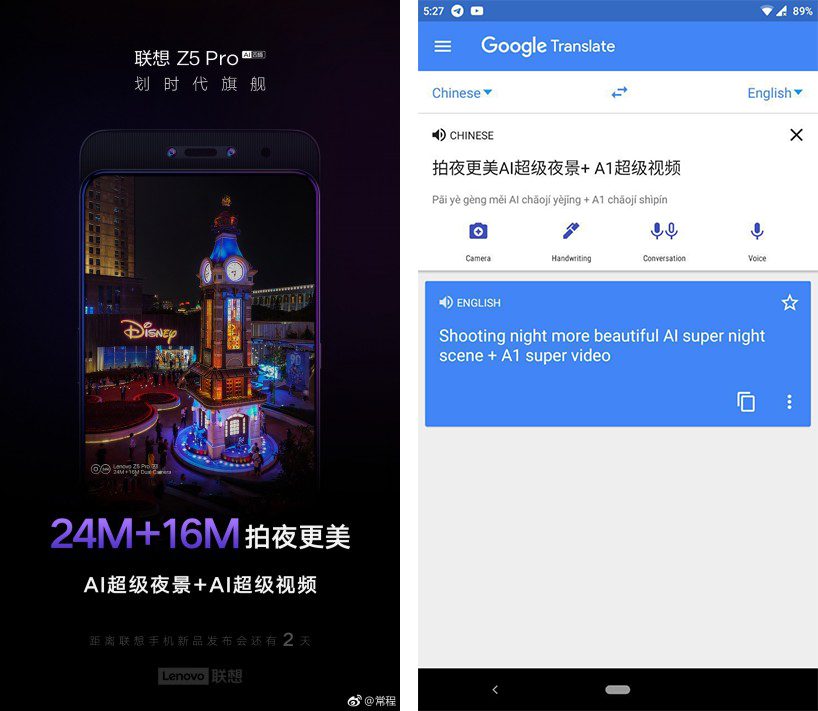 According to the previously leaked information, the Lenovo Z5 Pro device will have one of the most advanced cameras ever in any other Lenovo smartphones. When the poster made available on Weibo, I used a Google translator to translate the words. And roughly it means the AI Super Night Scene and AI Super Video. If you notice the image, the company is trying to show a dark environment that gives us a hint that the camera will be able to capture more sharp and clear images as well as the videos at night.

Further, the teaser also confirms that there will be also two front cameras. However, there is no information for its front cameras right now. But, I guess rumor mill won’t stop leaking this device as the official launch comes near to us which is set to launch after two days.

Join our Telegram channel to get instant tech updates and mobile phone news.