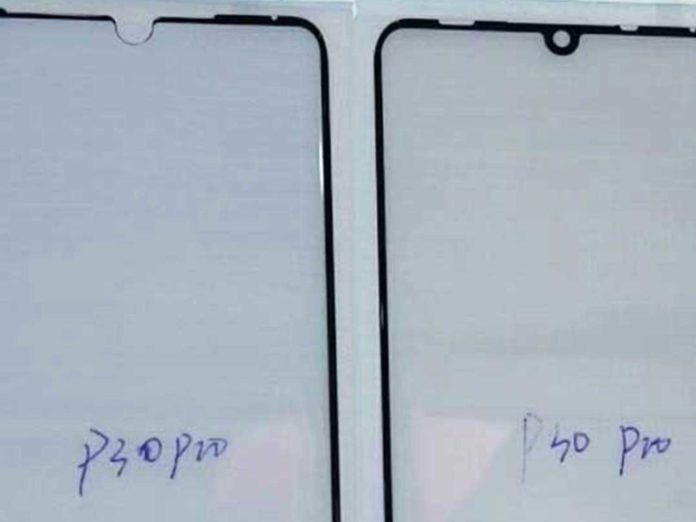 Huawei currently has plans to push their new anticipated models like Nova 4 and View 20 from the Honor. As per the rumors, both of these devices will have new exciting features such as in-display fingerprint sensor as well as the in-display camera technology. I know you might search for future P30 Pro model. But, it seems it is slightly out of the radar.

Recently, leaked images are protective glasses which are alleged of Huawei P30 Pro gives us an idea about the front design. The device will follow a traditional waterdrop notch design which will house the front camera instead of the in-display camera technology. A couple of shots surfaced on /leaks showing us a pair of the glass screen protector. 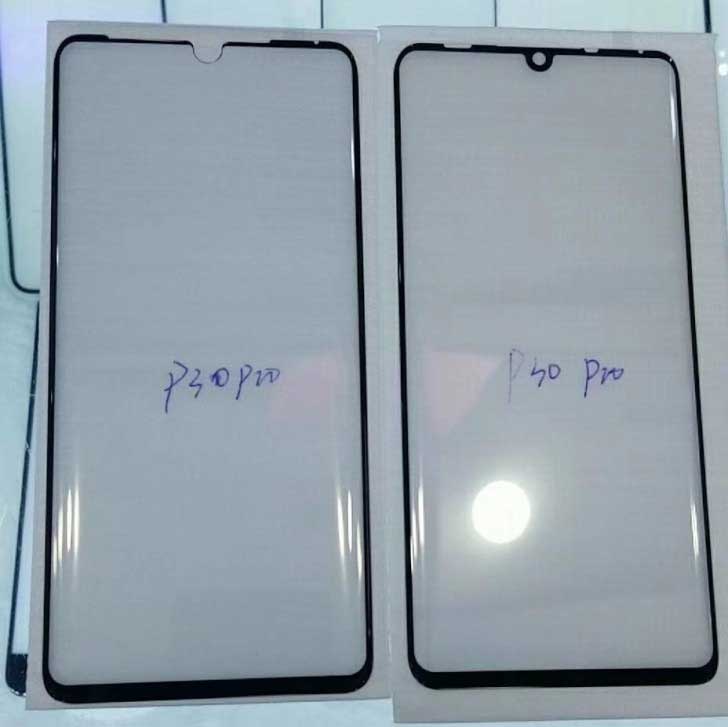 Clearly, it is seen the protector has small cut-outs for the camera which is circular and as other manufacturer says a “teardrop” shape. Further, taking a closer look we can see there is a black border on all four sides. So, the screen protectors can safely cover up the camera lens as well as the whole screen. And further cutouts on the top allows sensors to do their work without any interference.

Huawei P30 Pro will have teardrop notch, it is nothing worth here. After the adoption of long rectangular shaped notch over the top, smartphone manufacturers are moving towards the waterdrop notch. And we have seen in almost every new smartphone the same. Of course P30 Pro will come under their flagship line up. But, As of now looking upon the various leaks and rumors, you should not expect the under-display camera technology yet. But, still, we know very little about the P30 Pro except for these screen protectors and some earlier rumored information.