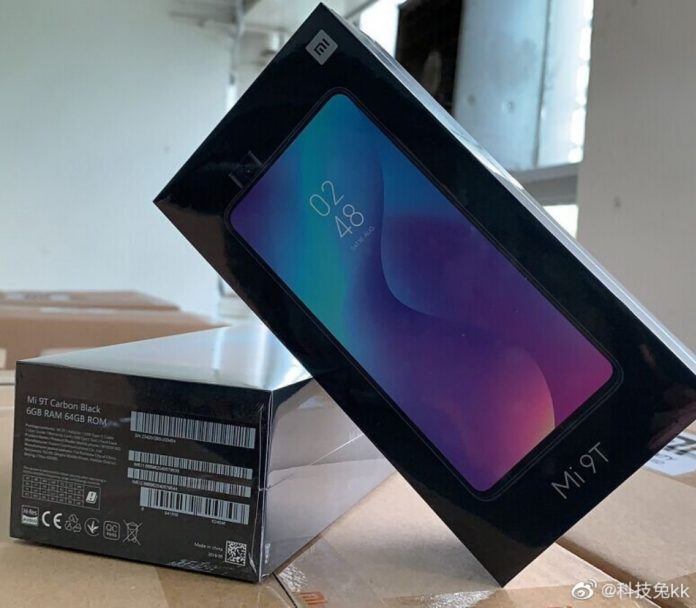 In China, Xiaomi launched its two new flagship handsets – K20 and K20 Pro under Redmi sub-brand. Right now, the device is China exclusive. And it seems the company has plans to promote this handset in other markets with different name tags. And I guess it is no secret.

Redmi K20 will be launched as Xiaomi Mi 9T in some markets. Well, it is no information where it will be launched, but, a leaked image of a retail box confirms a rebranded Redmi K20. On the next day of K20 Pro, Xiaomi tweeted an image with of pop-up selfie camera device with Mi 9 T/K/I names. But it seems now leaked image confirms the name.