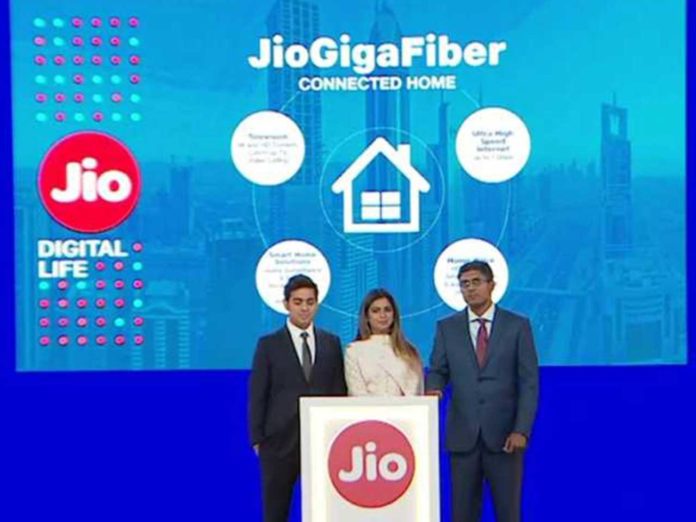 We are already in 2019 and this year we can expect a broader city cover-up from the Reliance Jio GigaFiber. The previous year the company announced Jio GigaFiber with their new JioPhone 2. However, as know, the availability is limited to the only two cities includes Mumbai and Delhi. However, in 2019 Jio GigaFiber will be available further in more cities as reported by India Today.

A report by India Today reveals that in March 2019, Jio GigaFiber will enter into further major markets across India. The company has divided cities into three tiers and after expanding their service into tier-1 cities, it will gradually enter into tier-2 and tier-3 cities. The free trial version is only available to users in Delhi and Mumbai. Just in case if you don’t know, Reliance Jio GigaFiber is Fiber-to-the-Home broadband service which is providing high-speed internet to the users via fiber cables. Under the plan, the user gets Jio GigaTV set-top box as well as the router.

The biggest advantage of Jio GigaFiber is wall-to-wall service. Now, what actually does is it won’t get the internet speed obstructed. So, the user gets the constant speed whenever using it. At the annual meeting, Mukesh Ambani revealed that Jio GigaFiber will enter into the 1,100 in the first phase after March 2019 and then it will expand to further cities. People would definitely love its service because of cheap rates and faster internet speed. Reliance has already proven its huge success in the telecom industry and that could be the main reason that people go for Jio GigaFiber.

What is Preview Offer?

Under the Jio GigaFiber offer the company offers 1100GB monthly internet data with the bandwidth of 100Mbps. So, the user gets the maximum speed up to 12MBps. The free preview offers valid for three months however the company will take Rs. 4500 deposit from the user which will be refunded when user will discontinue the service. After that user will have to pay for according to the different plans. While yet there is no information regarding pricing and its future plans but of course, you can turn on our website push notification to get notified when we release an article about that.