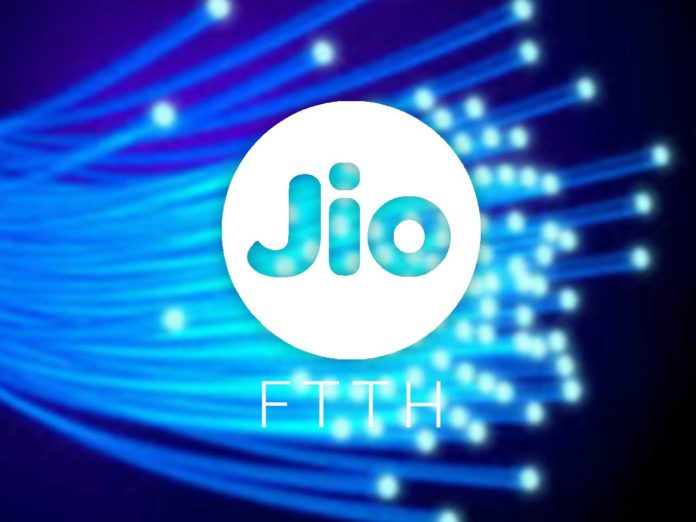 Reliance Jio has covered all the mobile network markets in all over India. Of course, if any mobile operator provides beneficial plans then why a user will not go for that. Now, Reliance Jio has plans to launch its broadband services soon in the Indian markets. According to the previous reports, Reliance Jio has already started testing out this new broadband service earlier in September 2016 and officially it is now providing this service in the in some limited cities since May. Now, the newer report claims that initially, the plan which Jio offers to the newer customers provides up to 1.1TB of data per month.

Reliance Jio has decided to call this broadband service as Fiber To The Home (FTTH) which is a quite correct name. For now, the service is not on the track. Reliance Jio has plans to expand in more cities including Ahmedabad, Jamnagar, Mumbai, New Delhi and Chennai. With the vision to start this service, Reliance Jio has already begun the tests in the particular cities. So, it is now confirmed that the service will start soon.

As per claimed by the Hindu, this new broadband connection plan being offered will include the 100GB of free data per month at 100Mbps. Yes, there is another good news. The report also claims that once this new Jio Fiber will take place broadly they will offer 40GB of free data but in the form of the top-up for 25 times in the one month. Also, there will be more options available for 100GB and 1.1TB of free data. So, it depends upon the user for what s/he wants to go. However, there is still no information regarding the top-up price.

How Will Jio Install Jio Fiber?

This new Jio Fiber connection is said to be available at security deposit of Rs. 4,500 which will be refunded to the user after some period of time. Here it worth to note that the deposit will be interest-free. Once the user will pay a security deposit, Reliance Jio will install the Jio router at home/office which will give access to the user to use Jio internet. As per Anshuman Thakur (Strategy and Planning Head at Reliance Jio), the router can be also used as a set-top box to connect with the TV which will allow the user to watch channels via IPTV.