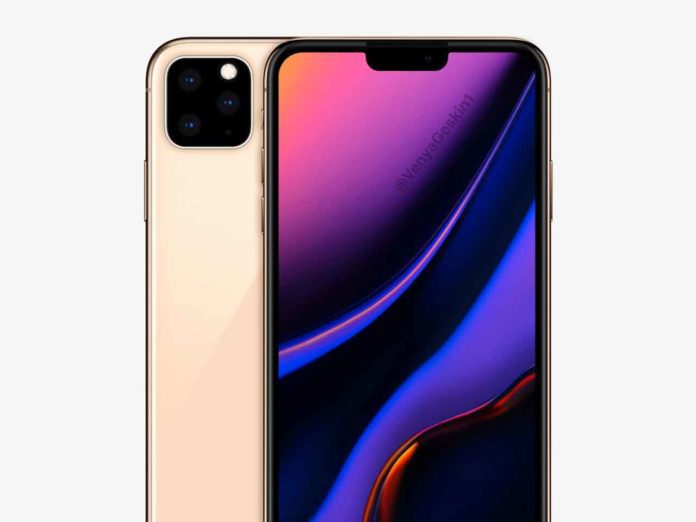 The tech giant company is working on their upcoming smartphone(s) which will probably launch sometime in September. It’s a 9-month gap but we have already started receiving leaks from a various trusted source. So, Let’s just break it down and see what has been leaked so far about iPhone XI (11).

The early leaked render shows the triple camera module similar to the Huawei mate 20 Pro but at a different location. Apple will be including an additional sensor which is said to be the ToF sensor for better picture quality. the two cameras are aligned vertically like iPhone Xs and another camera module placed between those two sensors but in the side. Along with that the there is a flash and microphone.

Apple is working on a new technology which is called the sensor under the display (made up name). We have heard rumors about Samsung’s Technology, Samsung is working on an under display camera which will come with the Samsung Galaxy S11 (probably as per leaks). Apple is using the same technology for their sensor, As the technology is yet not fully developed so notch will be still there but smaller in size.

Apple A12 Bionic chip is very powerful and capable to handle extensive tasks but with Apple A13 Bionic chip, a company will make it even better. Apple’s main focus is to improve AI with the upcoming SoC. A13 Bionic could be made on the same 7nm fabrication process.

Many OEM is working on a 5G technology and some of the OEM also announced that they will launch their first 5G device in 2019. But Apple will launch their iPhone XI without 5G support. It will definitely take time for the network providers to move from 4G to 5G. until 2020 there won’t be 5G network all around the world and that is why Apple won’t release their upcoming phone with 5G compatibility.