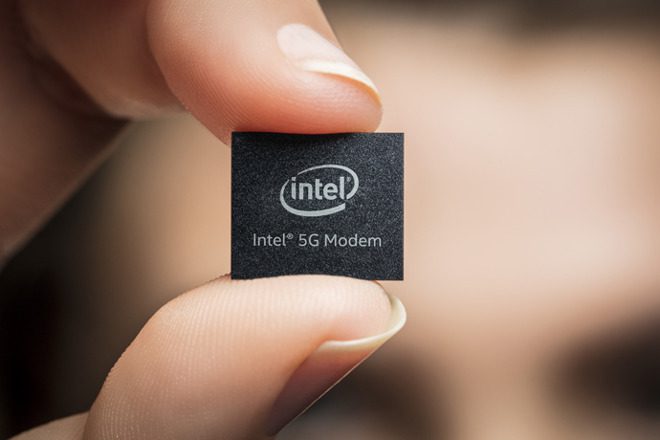 The existing iPhone has Qualcomm modem chips placed under the hood. For better result, Apple has finally changed their supplier for the cellular modem which is Intel. The new report claims the manufacturing of new cellular modems of upcoming Apple iPhone is now in pipeline and that could completely replace the Qualcomm modems.

Upcoming Apple iPhones will land in the market with 5G network support that could offer the extremely fast download speed of 1 gigabytes per second. The modem is said as a ‘Milestone’ as it is the company’s first achievement of such fast downloading speed. As I have said earlier the modem is already in the pipeline of manufacturing and this is confirmed by the Intel Vice President Asha Keddy to the Nikkei Asian Review last week.

As the information derived by the AppleInsider team, the new XMM 7560 supports the code division of multiple access (CDMA). This is one of the cellular technologies which are used by few telcos, however, in most of the cases the network used is GSM. The new modem is compatible with both technologies — CDMA and GSM. Further, it is compatible with almost all mobile phone networks available all around the world.

Right now, Apple is using the modems in iPhone and iPad made by Qualcomm. The new modems can take place for next few years in upcoming iPhones and iPads. Of course, Apple has an opportunity to offer more advanced technology to their users. So, it will kick the Qualcomm out but not completely.

As the supply chain report from April claims the Qualcomm will keep continuing the mass production of modems for Apple. But, now it will only supply the 30% of the modems while the Intel will now supply 70% of modems.

Subscribe to our newsletter and keep yourself updated with tech news!