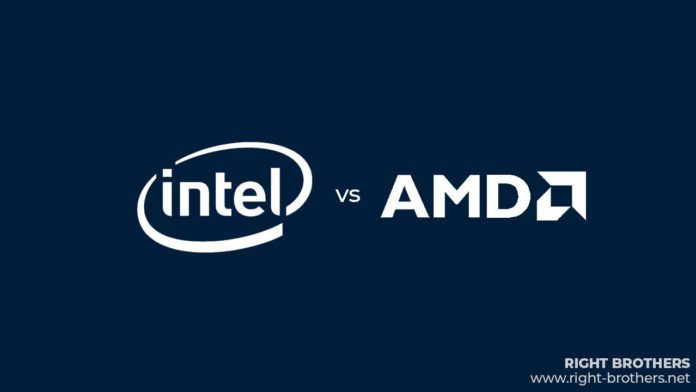 From past couple of months, AMD hitting the headlines. AMD Ryzen 3000 Series Processor was launched last month and it continues to break a record in terms of benchmark and pricing. The company shocked everyone with the pricing and the performance improvement it has to offer with the 3rd generation CPUs.

Thanks to Zen architecture and TSMC’s 7nm node which is much more efficient compared to 12nm and 14nm nodes. But, on other hands, Zen architecture has brought plenty of competitions in the CPU market. Since it came out that AMD is now planning to release another CPU with Zen 2 and 7nm node, Intel feeling some heat.

To show how Intel CPUs are better compared to the AMDs and what Intel have done until now, they released a closed document on the employee-only publication called “Intel Circuit News”. It is a private news channel. However, someone leaked an article. It was titled “AMD Competitive profile: Where we go toe-to-toe, why they are resurgent, which chips of ours beats theirs”.

The post suggests that the Intel is facing a big challenging period now because AMD if offering their 7nm CPUs with Zen 2 architecture for a cheaper price compared to Intel. But, the company hopes that by sticking with their ‘six pillars of innovation’, the company will stick as a leading CPU manufacturer in the market.

AMD has switched for 7nm desktop CPUs. Now, they are about to release it in the market. Meanwhile, Intel is still struggling on jump beyond the 14nm manufacturing process for their CPUs. If you have missed, Intel announced that they will unveil their first 10nm CPU in 2019. However, it appears the plan has been changed a bit. We won’t see it earlier this year.

The leaked document shows off some other advantages of Intel. Such as Intel is ten times larger company than AMD. The employees in Intel company is higher in different areas. Further, the number of employees in Intel’s software department alone goes beyond AMD’s total employees. Intel would invest more money from its bank account for developing a CPUs that can give tough competition in the market. However, the company likely to take everything off for 2019. An upcoming year would bring powerful CPUs from Intel.

Suggestion
Join our Telegram channel for instant tech updates and smartphone news. Also, you can follow us on our Facebook page.