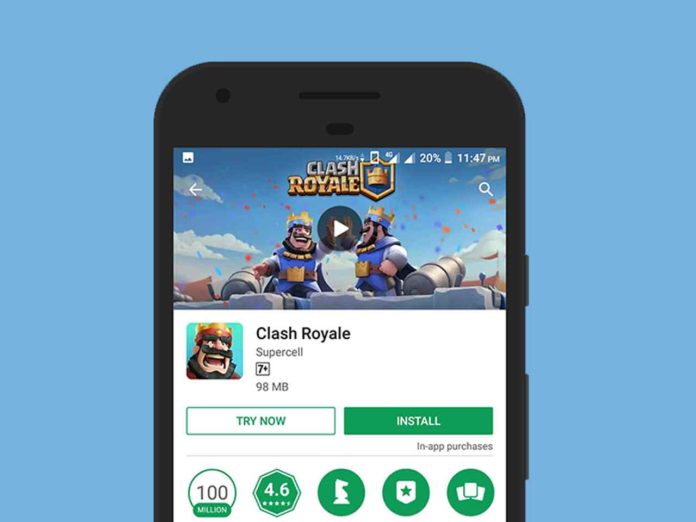 Google’s “Instant Apps” was first announced at Google’s I/O developer conference last year. To use the applications, they should be downloaded on your Android device but with the Instant Apps, you can use those apps with just URL. However, to use this feature, an application developer has to create its app in the small size and in different partitions. Google has already made this feature live for the different websites like Amazon, B&H, etc.

Now, Google’s “Instant Apps” feature is available for the Google Play Store applications to try them instantly. To use this feature just simply head over to the Google Play Store and open any game and click on the “Try Now” button. Here we should note that this feature is still not available for all games. In my case, I am trying Clash Royale. It is working fine. Unlike any other big games which you have to download first to check, “Instant Apps” will help you to get rid of this problem. 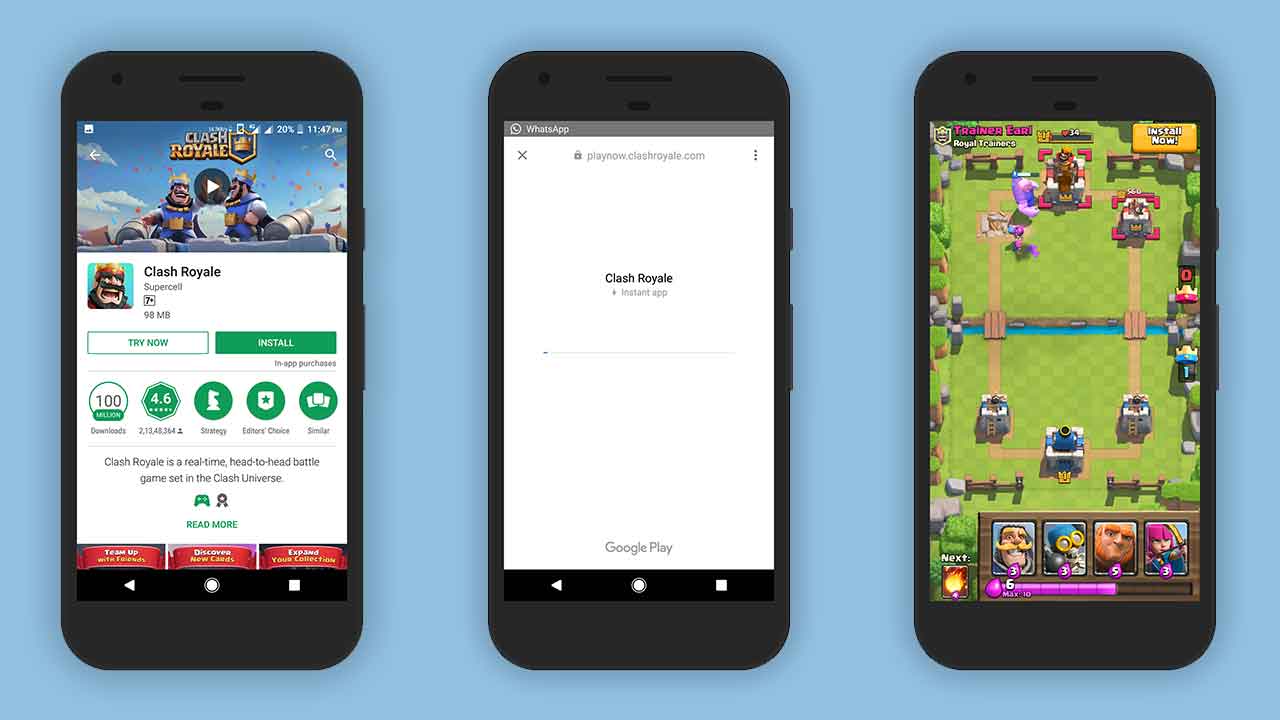 One more thing that we have noticed while using this feature. Using this “Instant Apps” feature you cannot unlock all features of the game. The developer will only provide the demo because it is one type of webpage. So, whenever you will close them you will lose the data and the app just goes away instead of sitting in the app drawer.

A product manager for the Google Play Instant, Jonathan Karmel noticed 25% more clicks on the store listing pages and more than 30% of the users install the game from the instant experience. The new feature is still named as an “Instant Apps”. But in an upcoming couple of months, Google may call it “Instant Games”.

To make their new “Instant Apps” feature more compatible with the Play Store games, Google needed to update their APIs. So, as a result, they would work better for the context. Furthermore, reports suggest that Google is working for both Cocos and Unity to deliver the IDE support for this Instant Apps feature later this year. So, now you can say the feature is still in the beta mode, but it will be available publicly soon.