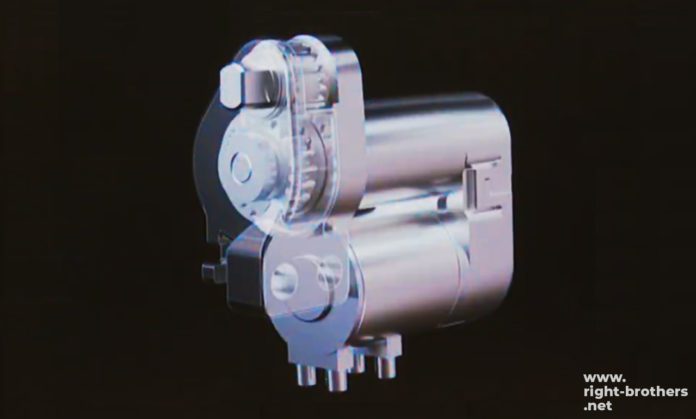 Yesterday, Asus announced its new flagship – Zenfone 6. With the new adopted tech of ‘Flip Camera’ the phone now became a piece of attraction. With the flagship internals and decent pricing, the phone is aimed to take on new OnePlus 7 and Xiaomi Mi 9.

During its live launch, I was waiting to understand how it actually works. Because its a new piece of tech, people are questioning about its durability and the method of working. And it is really interesting to know how Asus came up with their new flip camera system on Zenfone 6. So, here we got you covered.

Camera Module Houses Five Components – All in One

Smartphone manufacturers have different solution to remove the notch. Some of them have adopted the pop-up camera, some have a punch-hole display, while some of them go with the rotating camera or sliding design. Asus went with the flip camera module. 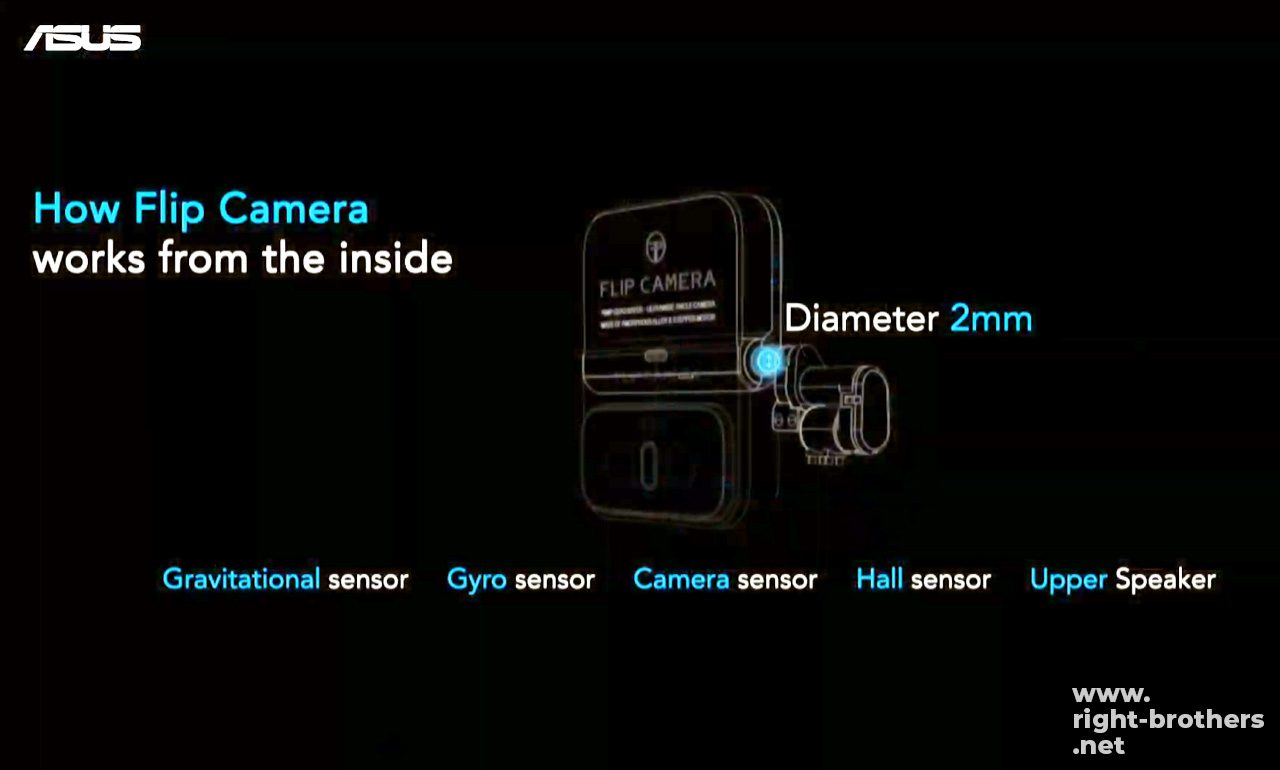 Zenfone 6’s flip camera module houses five main components – Gravitational sensor, Gyro sensor, Camera sensor, Hall sensor, and Upper speaker. Now it sounds normal, but it isn’t. The camera module flips to 180-degree and therefore it was quite challenging for Asus to set up cables which connect the sensors to the main circuit board. So, they have a small hole at the one end of the module sizes 2mm diameter and through which cables pass and connect the module to motherboard.

It seems challenging to flip camera module within a second 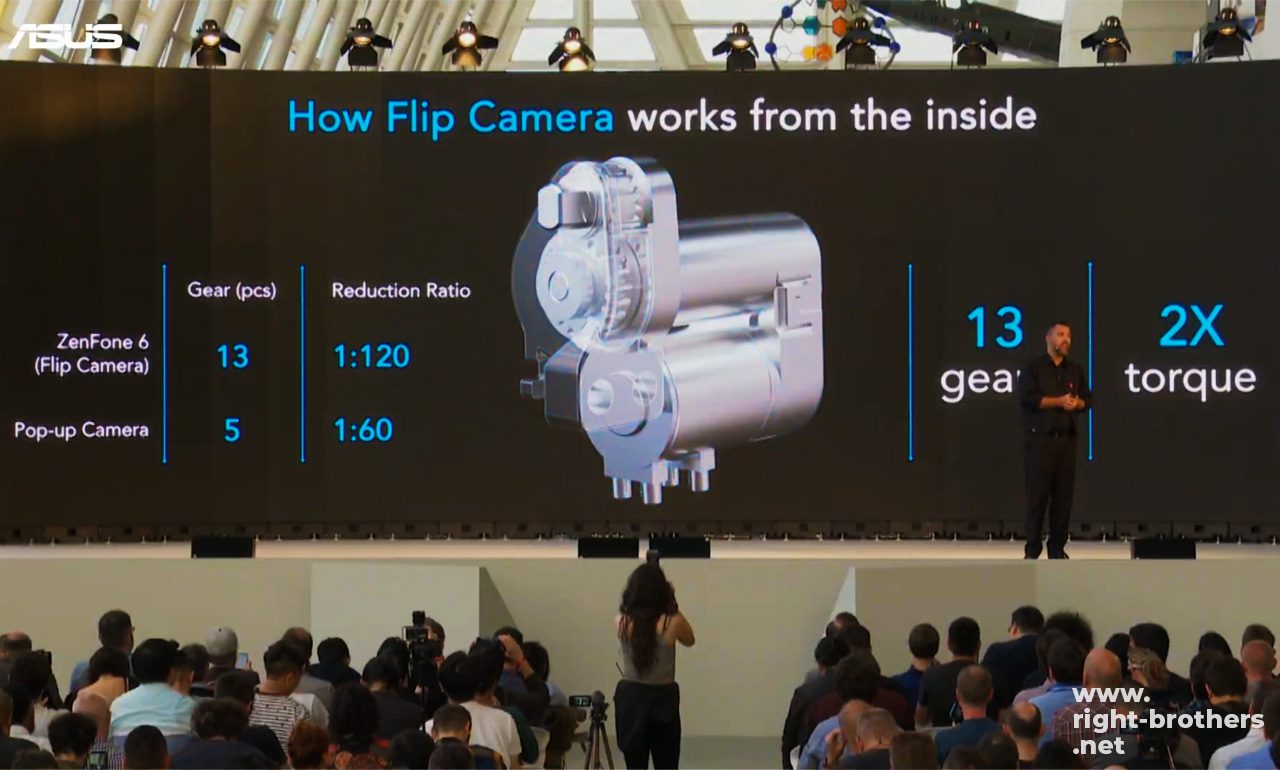 Zenfone 6 has the flip camera module and it can be flipped from 0 to 180-degree within a second. And it’s really impressive to flip this much of weight within a second to get work done. Thanks to the gear system they have installed.

The whole camera module is connected with the gear-box and that consists total of 13 different gear pieces. For any smartphone gear mechanism, this is the highest pieces of gear used in any smartphone until now. Generally, the pop-up camera mechanism relays on a maximum of 5 gear pieces. 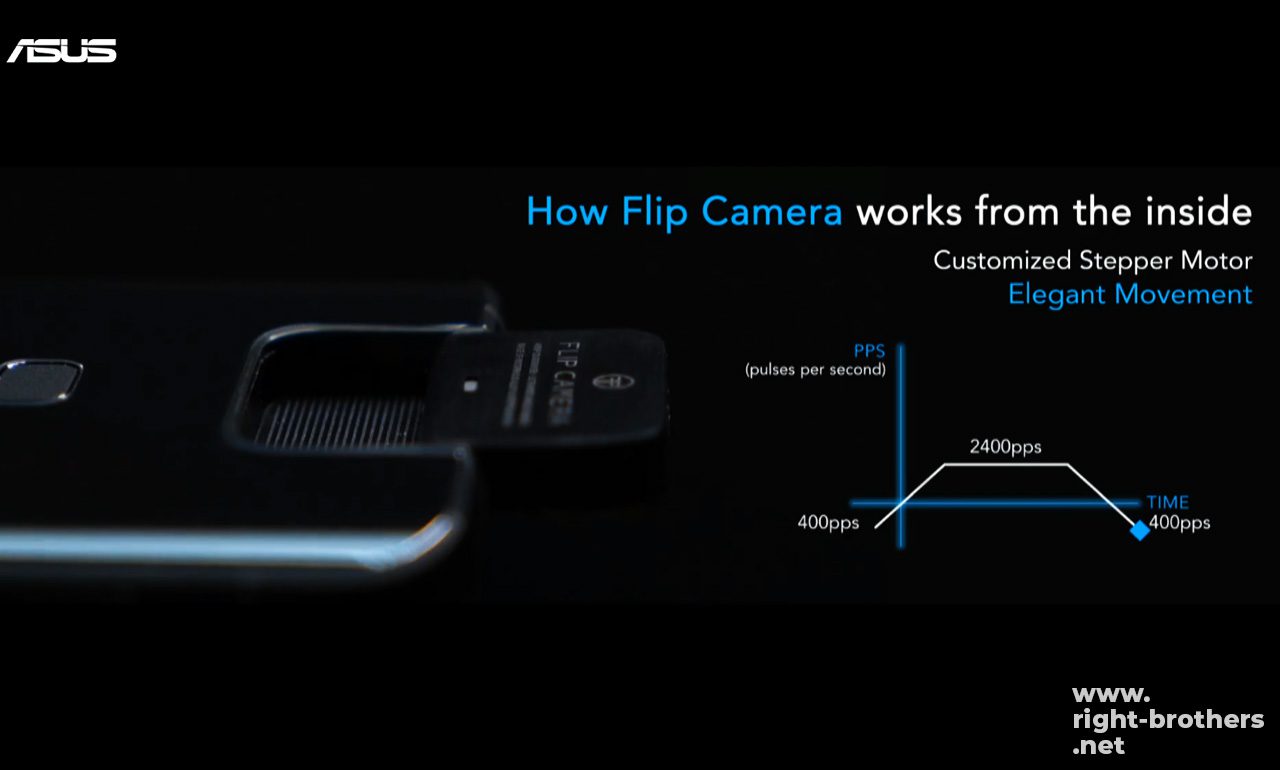 This helps the camera module to flip within a second. For those folks who don’t know, Gearbox is a power transmission mechanism which is used to increase the torque. In the case of Zenfone 6, it increases the torque two times more than pop-up camera tech. As a result, there is a smoother movement of a flip camera module with a reduction ratio of 1:120. That means the main motor completes the 120 rotation at a time while the output gear which is connected to the camera module completes the one turn.

Made of Liquid Metal – Nothing to Worry About

Of course, the user will worry about the flip camera. If the device drops, the shock shouldn’t impact the camera module because its the one nacked piece which might cost you most if gets damaged. Asus introduced a new alloy metal and they call it “Liquid metal”. Basically, it’s an amorphous alloy which is 20 percent lighter and 4 times stronger than the stainless steel. And Zenfone 6 camera is the largest component right now in the market which is made of this amorphous alloys in any smartphones. 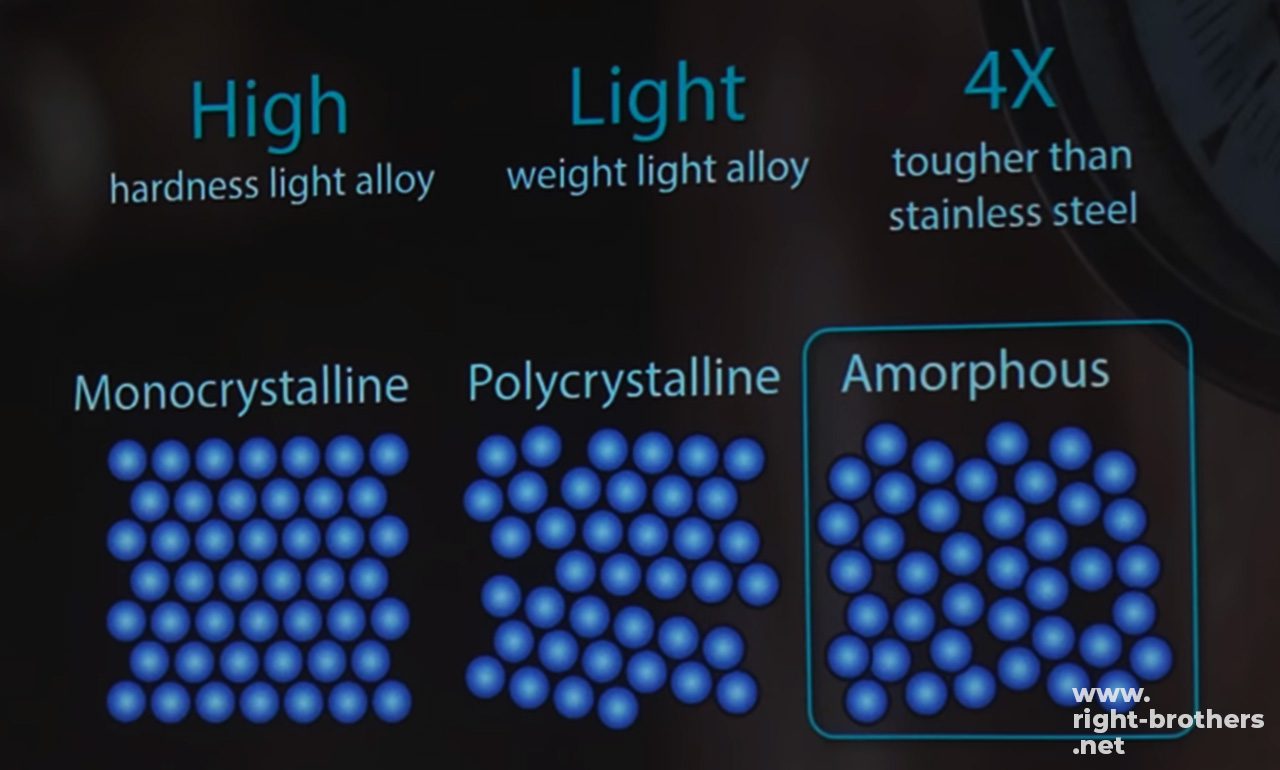 Now, the camera module also survives against the drops. Here Gravitational sensor comes in play. If the phone is getting dropped, the gravitational sensor senses it and it brings back the camera piece to the 0-degree to protect the lenses. Also, if anyone tries to close it manually, the user gets a warning message on a device screen which is kind of traditional way.

The company has also revealed results of a lab test during its official launch. The camera module can survive until the 100000 flips. That makes 28 flips every day for 5 years. However, we cannot depend on this. Real-world usage will prove it. As we have in case of Samsung Galaxy Fold.

The Asus Zenfone 6’s flip camera is kind of interesting piece of tech. And we will see more advanced technology coming to the market in smartphones. Let me know what do you think about this in the comment section or if I missed any point, please suggest me.