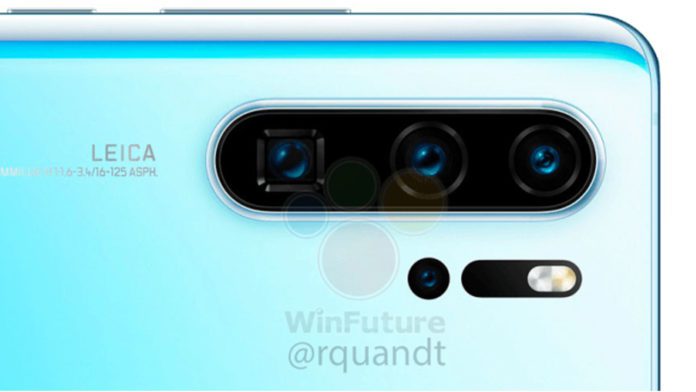 Huawei is likely to launch three different variants under P30 lineup. Although, yet the information about P30 and P30 Lite to surface online. While P30 Pro renders and specification information is already up.

Huawei P30 Pro will be powered by the own manufactured Kirin 980 octa-core processor. It could be packed with the 6GB or 8GB RAM variants. Last year’s P20 lineup follows the rectangular notch trend. But, if we take a renders as a right, it seems the company is not yet ready to move for camera cut-out or pop-camera tech for upcoming P30 lineup. Both P30 and P30 Pro will have the waterdrop notch on the top. 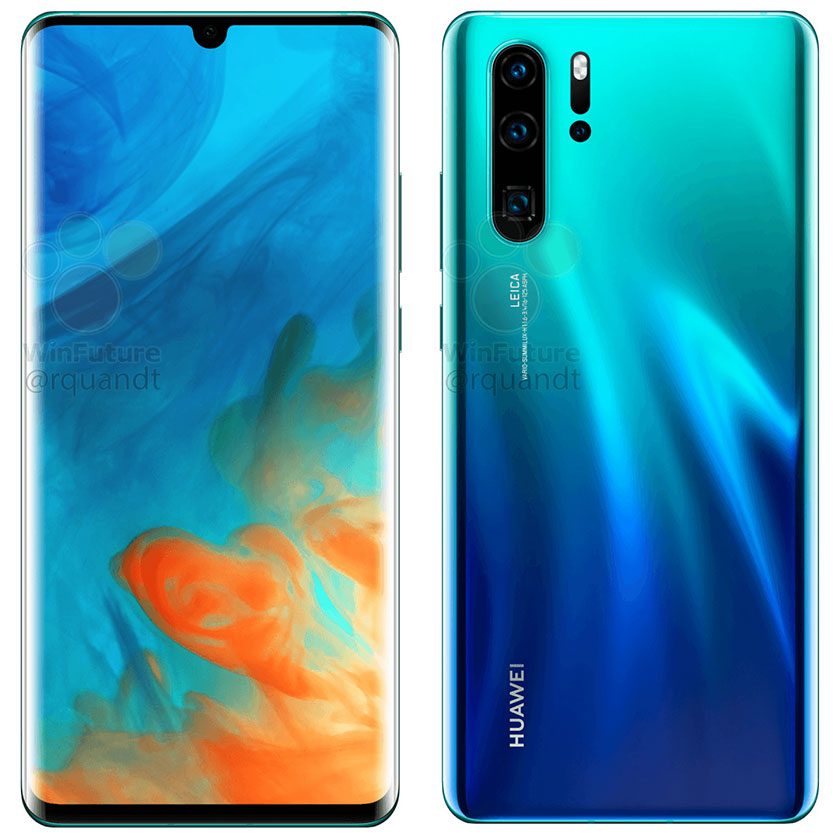 Having a water-drop notch makes clear that the company will ditch the facial recognition system. Over the front, P30 Pro expected to sport 6.4-inches AMOLED display with an in-display fingerprint sensor. The fingerprint sensor could be an optical one, not the ultrasonic.

Moving eyes on optics, the device rumored to sport triple camera setup. One of them will be Time of Flight camera to bring advanced level camera feature such as 3D gaming, 3D imaging depth measurement, etc. According to the various sources, it will house the telephoto, wide-angle and ultra-wide angle lens. Huawei P30 will also feature a laser autofocus feature. Also, if you can manage to recall, the P30 series also rumored to feature 10x lossless zoom.