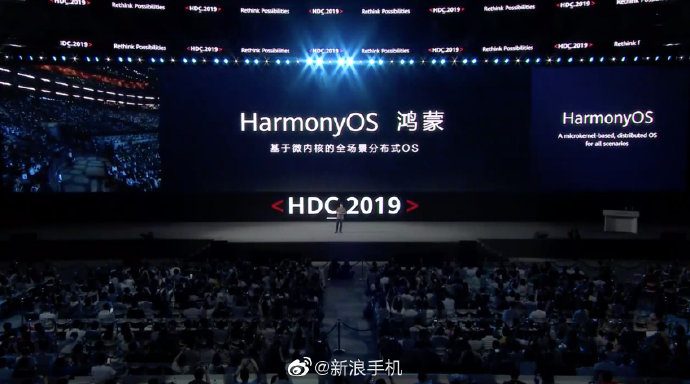 The rumors about Huawei’s upcoming OS is speculating from quite some time and the company has finally unveiled it at the Huawei Developer Conference 2019 in China. Huawei says that the new Harmony OS can be used in any device from smartphone to smart speaker or any other IoT device.

A few months back, Google suspended the business with Huawei and ever since then the rumors about the Huawei’s HongmengOS (Now HarmonyOS) is coming out. The earlier rumor also suggested that Huawei will launch a new smartphone with HarmonyOS by end of this year.

Harmony OS is microkernel-based like Google’s upcoming project FuchsiaOS. Huawei says this allows for flexible deployment on various devices, improving security in all scenarios. Developers will be able to use Huawei’s ARK Compiler to compile code from multiple languages like C/C++, Java, and Kotlin for Harmony OS. For developers, Huawei will provide an SDK to the developer to let them work on various platform.

Additionally, Huawei says that they will not allow the root access because it’s already a risk on Android platform. The company will be open-sourcing Harmony OS in the future.

Huawei started working on this project last year with Microkernel v 1.0 and the company will update it with V 2.0 next year. Huawei also mentioned that they can switch to HarmonyOS in next two or three days but as of now the company is sticking to Android for their smartphones.

That’s all the information available at this moment about the Huawei’s HarmonyOS. We will learn about the HarmonyOS in future so stay tuned with us. Also, follow us on our social media platform for future updates.