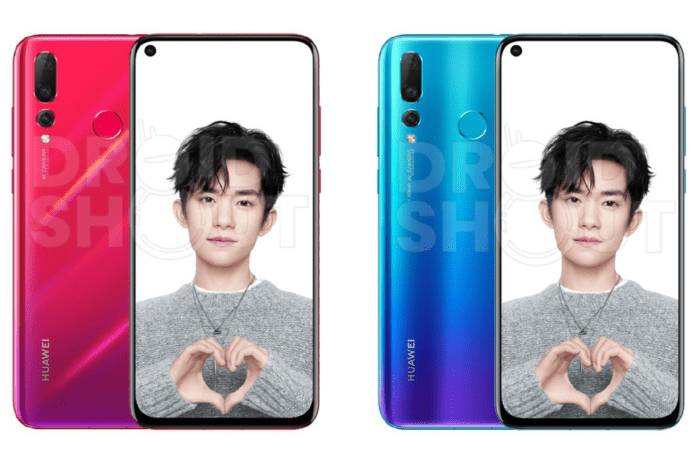 People are waiting for the Huawei’s next flagship Nova 4 which is set to launch tomorrow (December 17, 2018) or less than 24 hours from now. Of course, the company has done all the pre-release promotions and the date is confirmed by the company’s officially released material. The event is held in Hunan International Convention and Exhibition Center at Changsha, China.

Before it’s official launch, today, high-quality images have been leaked through various sources. Well, we have shared images soon on our Telegram channel. But, here’s a quick cover-up of specifications of upcoming Huawei Nova 4 device. 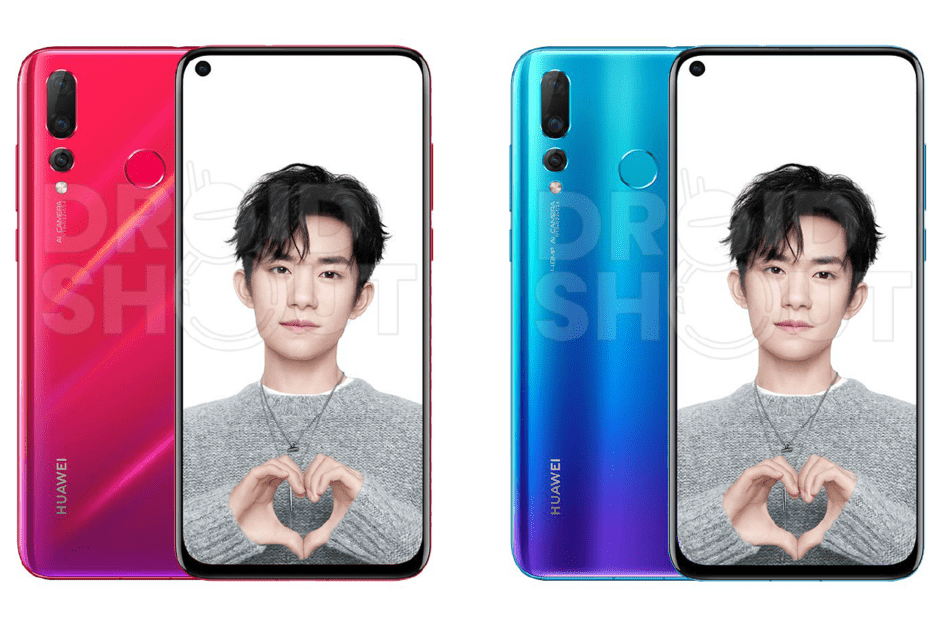 The design form factor is almost the same as we have seen in the recent one Samsung’s A8s. Samsung has adopted the new punchy design having camera hole on the left upper corner instead of the notch which dubbed as an Infinity-O display. The same front side has been installed on Huawei Nova 4. But, the bottom chin made me disappointed. Yes, the chin is also present in A8s but it is quite smaller. While you might see slightly larger chin in Nova 4.

However, over the back side, this device follows Huawei’s signature design having glass on the back of the phone with the shiny gradient design which reflects two different colors according to the various lighting conditions. Plus three-camera setup, Huawei logo, and fingerprint sensor.