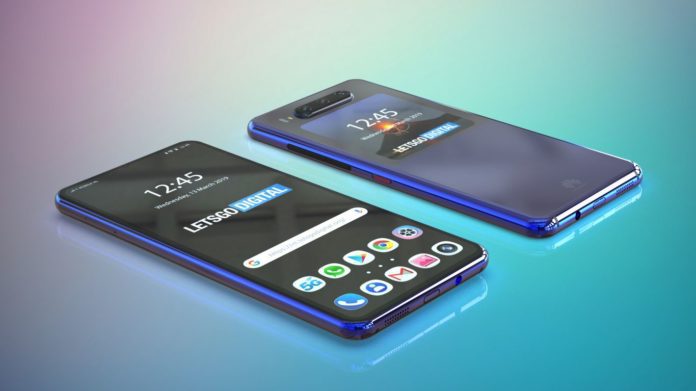 First spotted by an eagle-eyes LetsGoDigital, a fastest growing company Huawei is about to expand the display on the rear side as well. Yes, we have seen the case in Vivo NEX Dual Display phone. But, this would be quite different as the official patents show. 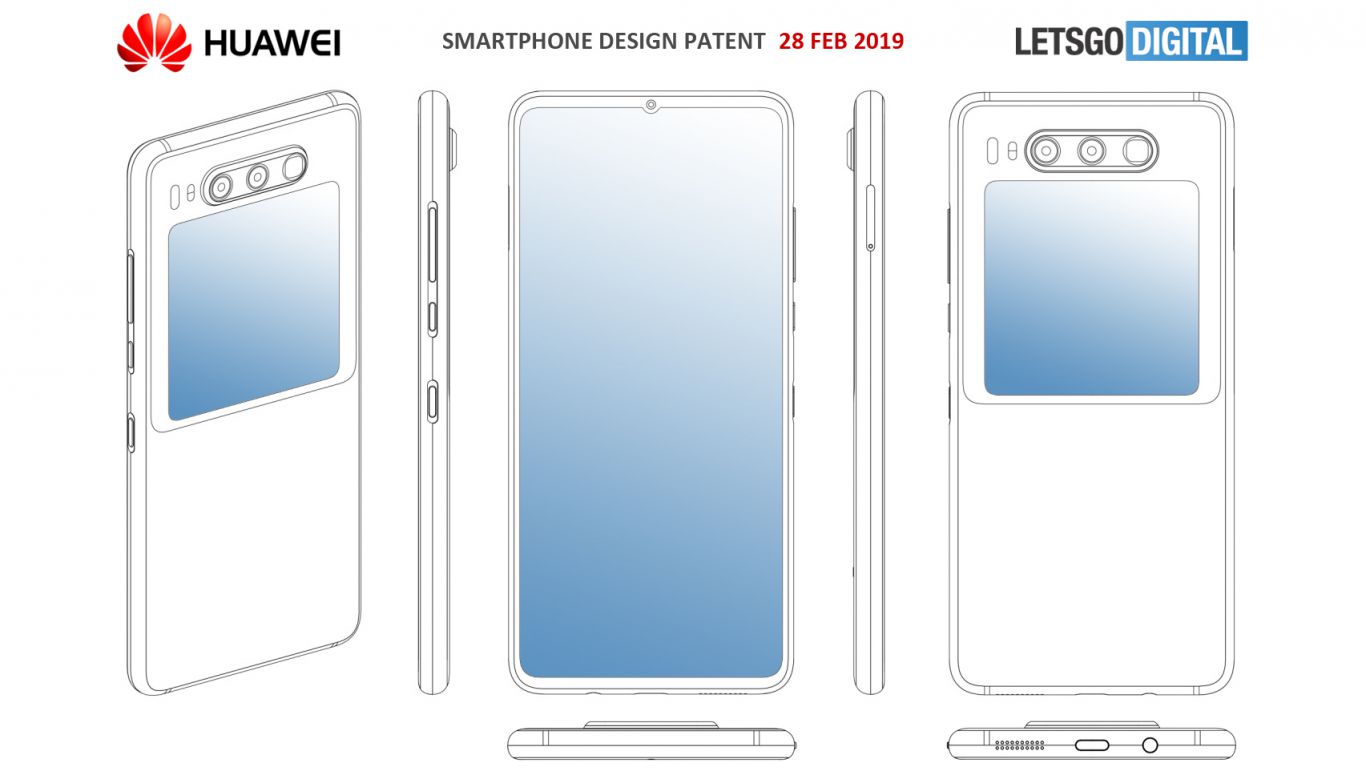 So far it sports the super small notch at the top of the screen. This offers more space to the user to play on screen. That means, Huawei might be ditching the front camera. But, LetsGoDigital suggests, the 3D facial recognition scanning still will be there. Also, a display will undoubtedly be an OLED display as we have seen in the case of recently launched Huawei P30. It will also carry under-display fingerprint sensor.

Now, Huawei’s case seems different compared to the Vivo NEX DD Phone. The company will install a small square shaped the second screen on the rear side. The intention is clear here – to remove the front camera. While because it is small, the user will be able to perform some small tasks like to get notifications, click images, setting up reminders, getting event updates, etc.

The triple camera setup is placed on the rear side above the second display. The renders show a little bit of camera bump. Although, I wouldn’t mind. In fact, it looking quite sweet. You can take a look at the renders based upon the patents. The renders are shared by the LetsGoDigital.