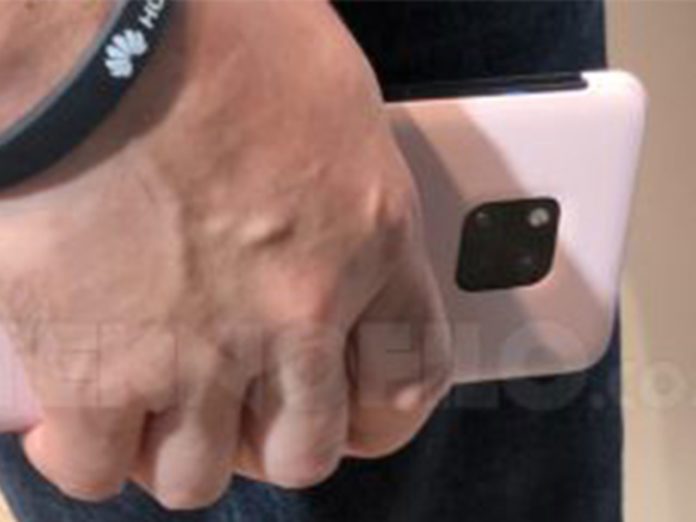 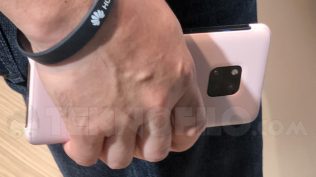 The IFA 2018 show is now live where Huawei has already revealed its first ever 7nm Kirin 980 processor. Well, people were interested in their upcoming phone announcement. And at the end, Huawei has finally revealed a launch date of Huawei Mate 20. The company has everything set to launch its upcoming Mate 20 lineup on October 16 in London.

The Huawei Mate 20 is hitting different tech blogs from the last couple of weeks and I have to say, the rumor mill is so curious to share more and more confirmed leaks on this device. Until now, we have seen the rendered image. But, now we have first live image of this device. Surprisingly a people with sharp eyes caught the Huawei Mate 20 series device in Huawei Representative’s (Huawei wristband confirms, he is representative) hand and made its images viral on the internet. Well, right now it is hard to say either it is Huawei Mate 20 or Huawei Mate 20 Pro.

The device has triple camera design on the rear side as we can see in the images below. If you take a further closer look, there is no headphone jack on this phone. We can see it clearly even though there is a protective case on the phone. Now, here pro key plays its role to identify the device – the triple cameras. Until now as per rumors, Huawei Mate 20 Pro will sport on triple camera on the rear side. So, this device should be Huawei Mate 20 Pro in representative’s hand.

Just a suggestion: You can join our Telegram channel to get lightning fast updates of mobile phone leaks. Tell me what do you think about this device.