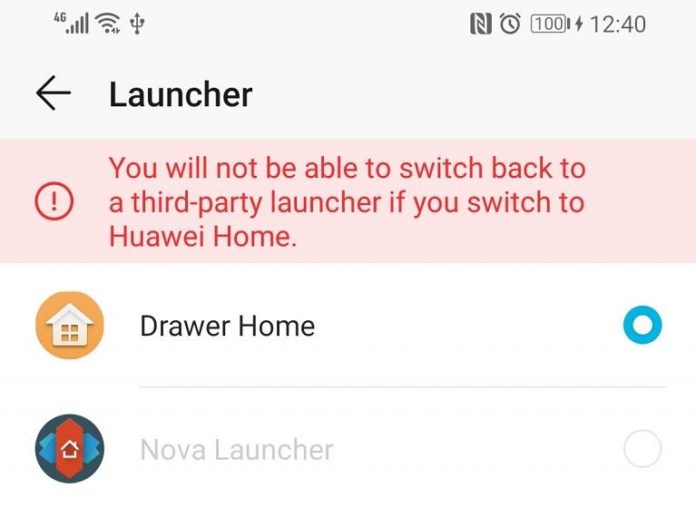 Last year Huawei stopped proving bootloader unlock key for the Huawei and honor devices and now they are also restricting users to use the third party launcher on their devices. Recently, a company was accused of blocking third-party launcher running EMUI 9 without giving any solid reason. 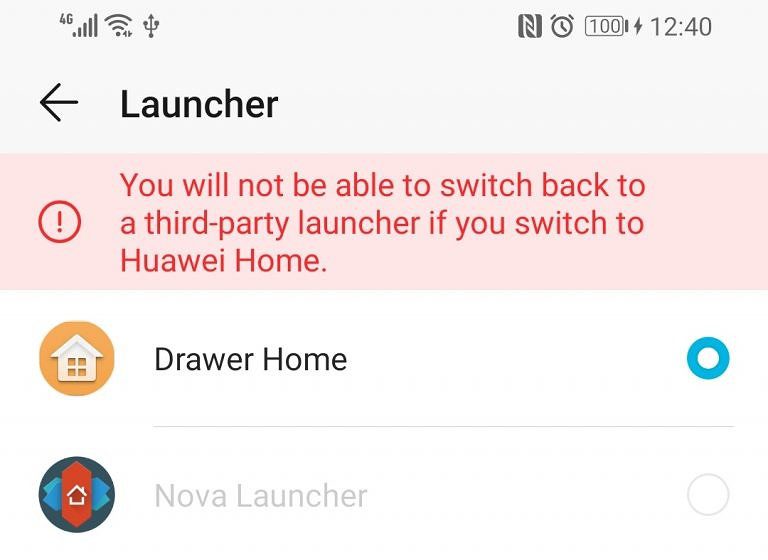 Third Party sellers often install the custom launcher on the devices which have a lot of ads and bloatware and limit the users to use installed apps on the devices. So when customers having some issue they will definitely blame the company not the sellers. Yes, You can always uninstall the launcher and apps from the setting but not all the users know all that stuff. As the launcher can’t be uninstalled right away because you need to change the default first to do so.

EMUI’s launcher lacks a lot of features and that is why users would like to install Nova Launcher, Apex, Rootless pixel, CPL launcher or many more but the device running on EMUI 9 or above version won’t be able to use third party launcher.

The user can still use the third party launcher by uninstalling the default Huawei launcher. To uninstall the default application one need to use the adb command.

You can just uninstall the default launcher and then set the third party launcher as a default. To get back to stock launcher one need to sideload the application.