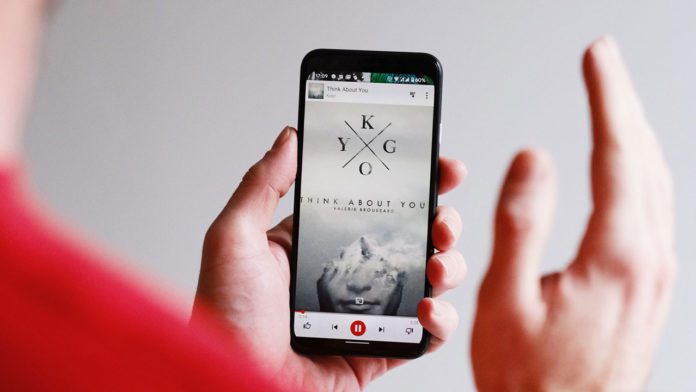 Google Pixel 4 lineup is not an enticing product, for me at least, however, that motion gestures are some sort of fun when you try them in real-life. I, honestly, haven’t tried them for myself. Bad luck, because Google isn’t launching Pixel 4 lineup in India.

Every year at the I/O event, Google introduces its future projects and one of them was ‘Project Soli’ which was first introduced at Google I/O 2015. Pixel 4 comes with the Soli Radar Chip placed underneath big bezel on the top. Whatever Google showed at the Google I/O 2015 event was out of the limits but compared to what Pixel 4 comes with is just a small piece of the technology that Google maybe experiment with.

As I said earlier, Motion gestures are a kind of fun things. Now, you can also try them on your Android device. Thanks to the @liraz747 who developed a tasker that enabled Google Pixel 4 like motion gesture control for music applications which works with the help of proximity sensor.

Foremost
– Tasker app will work with devices running on Android 9 Pie and above.
– For different music apps, you will have to download and install supported tasker apps.
– Tasker app will only enable gestures to change (Next and Previous) songs. There isn’t support for play and pause gestures.

How to Enable Motion Gesture

01. Download and install the tasker application for the app you want.

*App is available for the above-mentioned music services only. Not available for other famous platforms including JioSaavn and Gaana.

02. Once installed, open it from the app drawer. You will see a notification in the tray. Take a look at the screenshot below. In my case, I have installed the Spotify tasker app.

03. Tap on the ‘Stop Reminding’ button. That way, it will run in the background without showing a notification.

04. Now, you will have to give permissions manually. Go to App Info > Permissions > Grant all three permissions. So, the app won’t start playing music while you are on call. (according to the developer).

05. Next up, go to Settings > Motion-Sense Services > Turn the toggle on by allowing full control on your device.

06. That’s it. Now open the music app and try moving your hand over a proximity sensor. It will change songs.

Well, you can leave a comment below, if you still face any problems.