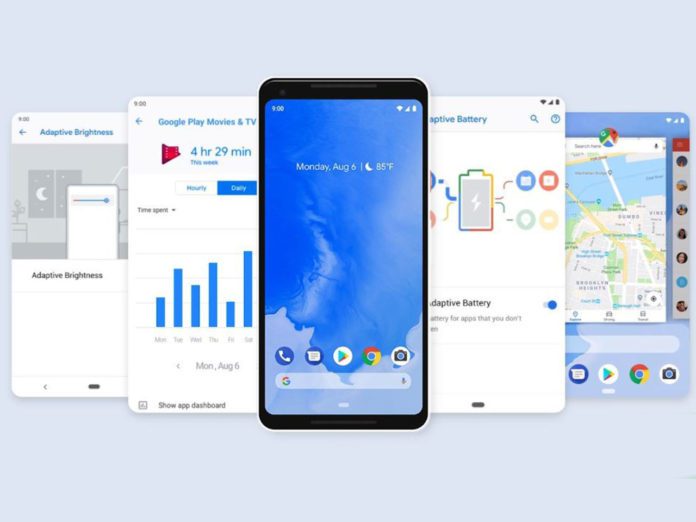 Android P is Official and P stands for Pie, Just pie. Android P brings a lot more new features to the Android and it’s exclusive to the Pixel devices as of now. Few more devices like Essential, OnePlus 6, Nokia series will get the Android P update in next couple of weeks but if you don’t own any of the listed devices then this article is for you.

Android P’s main feature is navigation gesture, new material design notification panel and setting, launcher, smart replies, screenshot editor, volume control, and many more. We will look at each feature and will tell you how to get it in your android device.

The first thing you need to do is Install the Android P Launcher which is ported by the XDA developer. This launcher is ported from the pixel device and will work on almost every Android device.

One of the niftiest features of Android Pie is Smart Reply. Whenever you get the message it will show in the shadow and there will be few templates you can choose from and reply with the message.

Android Launcher that we just installed changes the looks of the launcher, app drawer, and home screen. However, To change the setting application and notification panel you need to use substratum engine. This required root access so makes sure you root your device. If your device is not rooted then you can use with Andromeda Application.

Screenshot editor is a new feature in Android P, And that’s all the users wanted from a long time. The application is ported from the Pixel devices and can be used on any android device. The installation process is pretty easy, just download the app and install it on your android device.

Volume slider is a great feature. Instead of showing volume bar at the top, It will show volume bar right near the volume buttoms so it will be easy to use one handed.

Android P comes with 14 New QHD+ Wallpapers for Pixel Devices. Well, All these wallpapers are ported out and can be downloaded from the link given below.