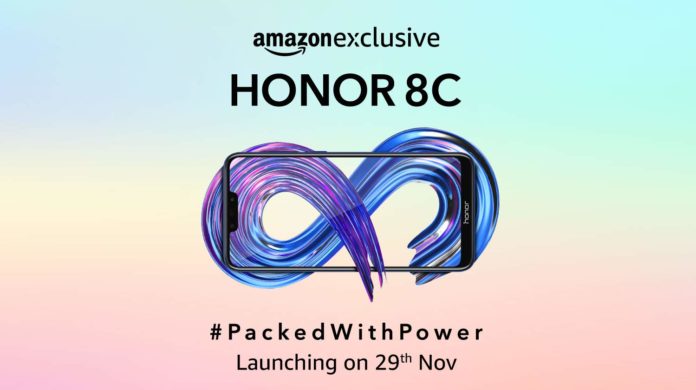 Chinese smartphone makes Honor has all set to launch its new Honor 8C device in the Indian market. The company is going to launch the new Honor 8C in the market just after six months of its predecessor which was launched in May this year. The device is set to launch on November 29 in India. And according to the company’s statement, it will be exclusively available on Amazon. Huawei’s subbrand has dedicated Amazon page from where you can sign up to get notified when it will be available.

Honor 8C also follows the same form factor as another phone has. Yes, I am talking about the notch and chin design. On the front side, you will have that notch on the top which is smaller in size and chin on the bottom with the Honor logo on it. It is noticeable that the company has tried to reduce the bezels on the side in order to provide a higher screen-to-body ratio. 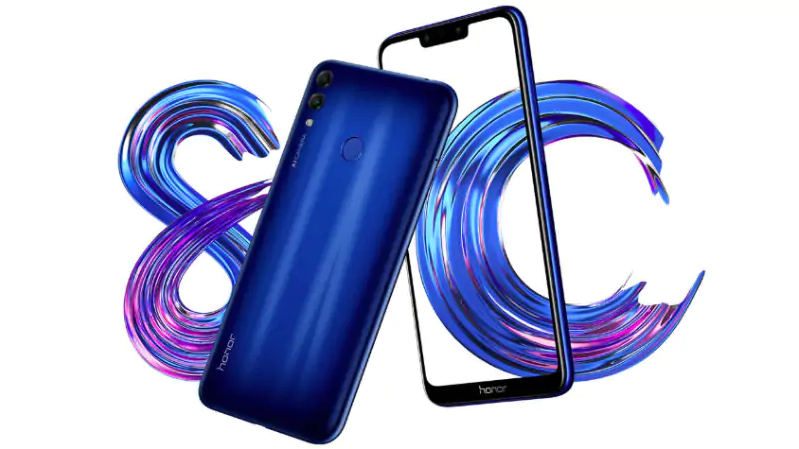 On the rear side, it sports the dual rear camera setup with the LED flash. Also, the fingerprint sensor is also located on the backside. Indeed, the phone will provide the premium look in hands.

In terms of the hardware, the Honor 8C will be the first smartphone to sport the Snapdragon 632 chipset under the hood. It will be coupled with the 4GB of RAM and Adreno 506 GPU. There will be two variants available according to the different internal storage includes 32GB and 64GB. However, if you want, you will be able to expand it via microSD card up to 256GB.

In the camera department, as I said earlier the phone sports the dual camera setup on the rear side includes a primary camera of 13-megapixels and a secondary camera of 2-megapixels. Well, as the company mentioned it is an AI-powered camera so, definitely there will be all features like AI Beauty technology, AI scene recognition, and AI portrait mode, etc.

Honor 8C price in India will be announced on November 29. Well, the official date is not unveiled yet. But considering rumors, the pricing will be as follows: