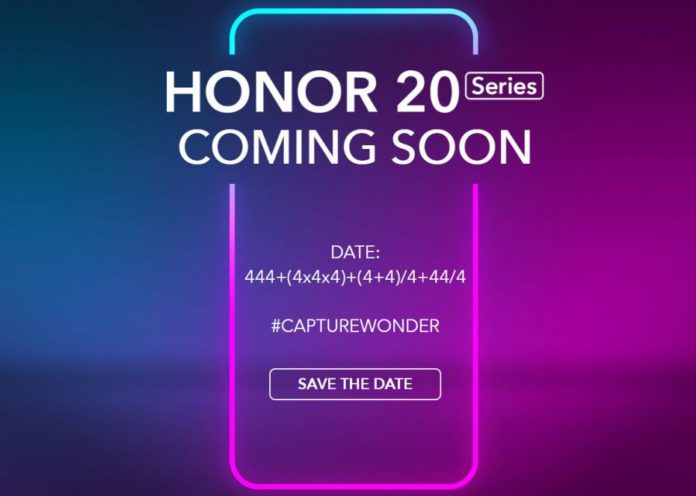 Huawei’s sub-brand Honor announced the launch date of its another flagship devices. The Honor 20 will be introduced on May 21 at the event in London. The company posted a new poster with the tagline of Capture the wonder.

The device is expected to pack Huawei’s In-house chipset Kirin 980 which will be paired with 6GB/ 8GB RAM and 128GB/ 256GB internal storage.

Honor 20 will pack 3650mAh battery with support of 22.5W fast charging. It will run on EMUI 9.0 based on Android Pie out of the box. It is yet unclear that if Honor will take Pop-up selfie camera approach or the standard Waterdrop notch which was used in the Premium Huawei devices.

As per the leaks, OnePlus may launch its upcoming flagship OnePlus 7 on May 14 so in response to that Honor planned to launch Honor 20 on May 21.