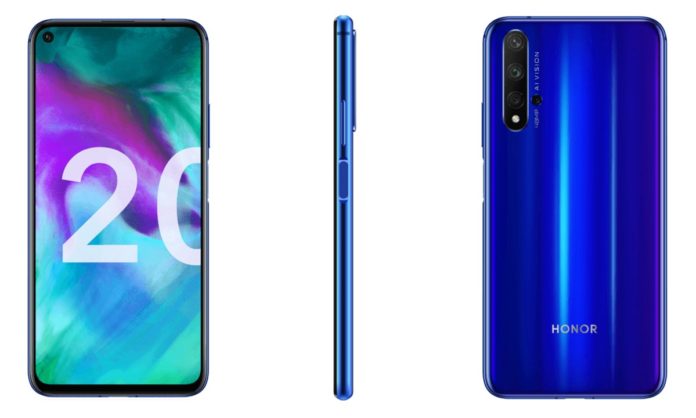 Honor is preparing for the launch of its upcoming so-called flagship device to compete with OnePlus 7 series. We have seen multiple leaks from last several days and the recent leak gives you the best look at the Honor 20 and Honor 20 Pro. Since there is not a major difference between both the device you will get almost the same look.

Honor is posting some pictures shot on Honor 20 Pro from last few days. We can expect to get more than 100 scores in DxOMark. DxOMark is the industry standard to know the camera performance of any smartphone.

Honor 20 to feature 6.1-inch FHD+ OLED display with punch hole notch. The device will be powered by Huawei’s In-house chipset HiSilicon Kirin 980 which will be further paired with 6GB/ 8GB RAM and 128GB/ 256GB internal storage.

The device packs a typical 3650mAh battery that supports 22.5W fast charging. The fast charger will be likely included in the box.  Honor 20 runs on Android Pie out the box based on EMUI 9. The specifications are not yet confirmed by the company so take it as a pinch of salt. Also, make sure to follow our social media platform for future updates.