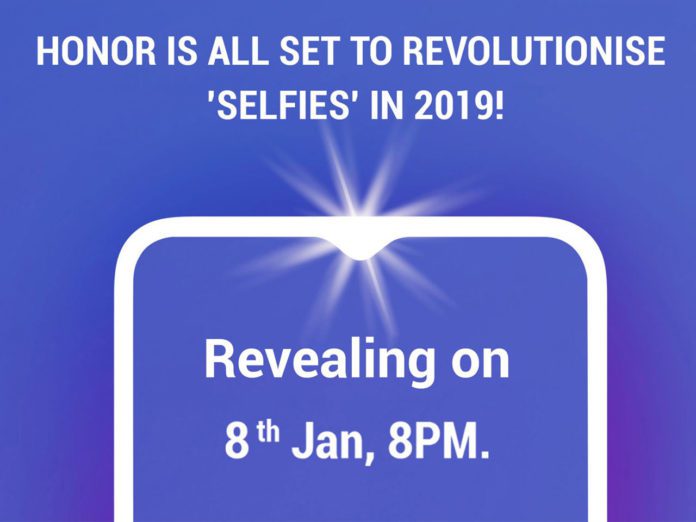 Honor has everything set to launch its new device tomorrow (or in less than 24 hours). The date has been officially confirmed by the company by releasing a teaser but sadly there is no name mentioned. But, most probably it could be Honor 10 Lite as the majority of rumors are pointing out. The teaser has been posted on Flipkart which also hints us that the device going to be exclusive to the Flipkart website.

Without teasing everything, the company has mentioned a tagline ‘Revolutionise Selfies’ with the device wireframe layout having waterdrop notch. So, it could be the selfie-centric device, of course, because according to the rumors it will carry the 24MP camera over the front side. So, let’s dig into the furthermore specifications details and see what you can expect from Honor tomorrow to launch in India.