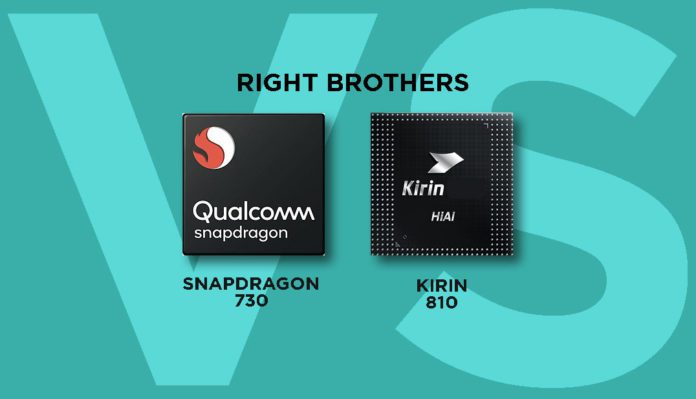 Welcome to chipset battle of Snapdragon 730 vs Kirin 810. In this post, we will find out which one is better.

Huawei announced new processor to its mid-range lineup and the successor of Kirin 710. The new Kirin 810 chipset will power the upper mid-range smartphone from Huawei and Honor. While Qualcomm also introduced Snapdragon 730 SoC a few months back and the question arises that which one is more powerful. Well, Here is the detailed comparison which also includes various benchmark score so you can get a better idea.

Snapdragon 730 vs Kirin 810: Specifications that Matters

Kirin 810 brings better performance and also consumes less power as it’s built on the 7nm process. The new Kirin 810 delivers better CPU and GPU performance compared to the competition. It also has a dedicated NPU that should help improve gaming performance and learn your preference over time.