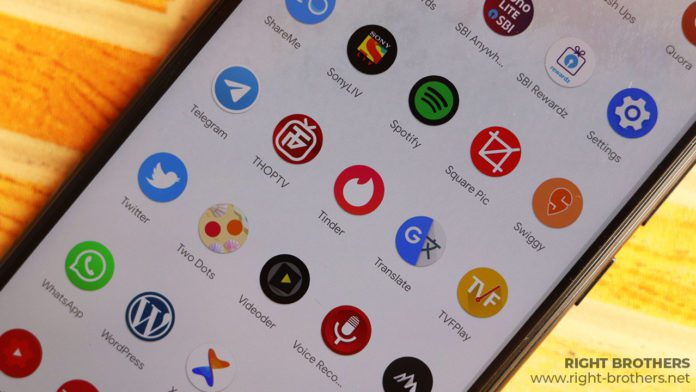 So far, we have seen Google often release an update to keep their Android operating system secured. Since the smartphones from other OEMs’ run over their custom skin at the top of the Android operating system, you often lose regular updates. Because they don’t consider some of the older devices. And hence, you don’t get the latest features. But they do offer some custom features like you can hide application on your Android without using third-party apps.

See, that’s the large benefit of any Android device you use. If you want to solve the problem, you can side-load the app on your device easily. You might have some apps which you would like to hide on your Android phone like some dating apps, some matrimonial apps, etc. You don’t want others to find them out and see your activity. Because it should be secret, right? And then you think to hide apps on your Android.

To hide apps on your Android device is a quite easy job to do. There are some simple steps you can follow to hide apps. I have mentioned them below.

Note: In this tutorial, I have shown how you can hide an app on an Android device running on Android 9 Pie. If your device has another skin at the top of Android and doesn’t have a feature to hide apps, you can visit our another post to follow guide.

How to Hide App on Android

To hide apps on your device, we will use a Guest mode. It is the simplest way to make applications secured on your Android device.

01. For that, you will require to find Multiple users in system settings.

For that go to;

02. On the ‘Multiple Users’ page, you would see two different modes — your own and ‘Guest’.

03. Tap on Guest mode. When you will tap, your phone will become like a new one out of the box.

04. You can switch between different profiles by simply pulling down notifications trey. You will find the profile icon right before the Settings icon.

05. Either you can continue using this new Guest mode or you can remove it and make a new profile on your own. But, eventually, both will hide your applications.

06. Now, to make your apps hidden, you need to download applications in ‘Guest’ mode. So, whenever you will switch to a regular profile, it won’t show that installed applications there.

So, that wraps up. This is how you can hide apps on your Android device without using third-party applications.

As I have mentioned earlier, if you don’t see this kind of options or the default UI doesn’t have a feature to hide apps, you can do it right away by following our another guide.

Every Android user does have important apps that contain some of the sensitive data which would never go in anyone’s hand. In such a case, hiding applications could be the first prior step you should take. While allowing third-party apps to hide apps could take up further space. So, using this method will completely kick the step of downloading third-party apps.

Again reminder;
Here’s how to hide apps if you don’t find these options on your Android phone