Google announced the successor of Pixel 4 (not really successor) as Pixel 5 a few weeks ago with some pretty good software improvements and probably similar hardware as its predecessor. Although the processor used was a nerfed version (Snapdragon 765G). Keeping the hardware aside, the company also introduced the new version of Google Camera with some decent and mind-boggling changes to compete with some flagship camera just with software.

Google Camera 8.0 is only available for the Pixel device as of now but popular GCAM developer BSG has ported out for the other Android devices which you can try. Although the latest version is still in the Alpha stage so there is no surety to work on any Android device.

According to the BSG, this version was tested on 44 Android devices and it works quite smoothly and most of the feature works without any error or bug.

However, I tried this version on my Poco F1 device and the only function I found it working was video mode. All the other modes showed me a black screen or an error message. I would love to know if this apk is working on other devices or not. 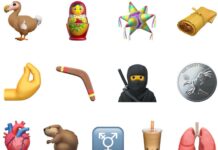 How to Get iOS 14 Emojis in Any Android Device