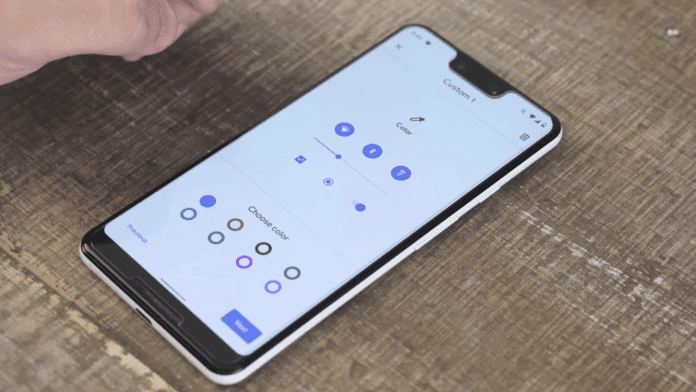 One of the major advantages for choosing an Android device over the competitors is to unblock roads for sideloading other feature to customize. Well, thanks to an anonymous person, we now have Pixel Launcher, Wallpaper app and Recorder app ported out straight from the Google Pixel 4 handset to use on our devices.

Earlier today, we shared Google Pixel 4 launcher in a Telegram channel, however, it supports devices running on Android 10. So, for these apps also, your device should have Android 10 – hot food from Google.

Probably, you would have seen the Android 10’s theming feature that Google Pixel 4 supposed to come with. It opens broadway to customize stock Android to remove your boredom, however, the latest Pixel Launcher enables that feature only on Google Pixel devices including the Google Pixel 3 lineup. While remaining devices are supposed to get only one feature which is ‘Swipe down anywhere on the home screen to pull down notification panel’.

Besides that, we also have Google’s new wallpaper app (Pixel Wallpapers 19 10) features a bundle of Android 10 focused wallpapers. Moreover, Google Wallpaper app will be receiving a new update alongside the Pixel 4 handset which you can download and install. It is currently in Beta update.

Aside from some visual customizations, Google is introducing the native voice recording application (right now titled as Recorder). It’s a pretty much straight forward application that lets you record audio and play after that. To record hit the red button at the bottom of the screen and then after you can listen to it and share it via social media platforms.

All these applications are available to download. So, go ahead and download them and sideload to enjoy new features.

Note: Do make sure that apps require Android 10.