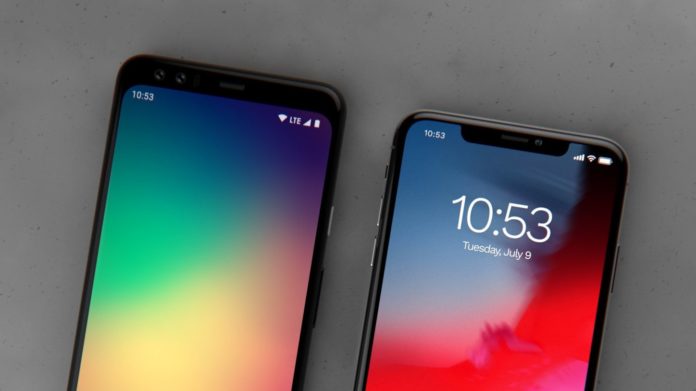 Well… well… well… now, you cannot blame Google’s Pixel 4 design team for ‘massive bezel’. Yesterday, we saw a video from Google shows-off the Pixel 4 to have motion sense gesture control feature. That means you can operate some features on your smartphone by just moving your hands/fingers in front of your phone. And all credit goes to the Soli Radar Chip placed inside Google Pixel 4.

The Amount of Tech Inside Pixel 4 Justifies it Clearly

Radar – it is currently used to detect the planes and other large objects. Although, Google developed a miniature version of radar that can fit inside the smartphone and can detect the small movements around the phone which eventually turns into different action by the help of the software algorithms.

As of now, it appears that the Google Pixel 4 will be the only device to come with the Soli Radar Chip which will enable different gesture controls like skip songs, increase/decrease volume, silent phone calls, snooze alarms. The moment of truth ladies and gentlemen, these all actions will be done without even touching the display – by just waving your hand in front of the Pixel 4 device. However, Google said, unfortunately, this motion sense gesture feature will be available in some selected Pixel countries. That we will see during the launch of Pixel 4 device.

Every year at I/O event, Google introduces its future projects. And one of them was ‘Project Soli’ which was first introduced at Google I/O 2015. And now Google will make it available for the consumer with their new upcoming Pixel 4. The Project Soli was first introduced at Google I/O 2015. However, late on at I/O 2016, Google showed a live demo of gestures that can be integrated using Project Soli Radar Chip. Putting simply, the chip makes the device a receiver that recognizes the gesture type and does the task it is programmed for.

Android Q already gave us a hint about different hand gesture ideas (thanks to XDA-Developers). And as found among them all new, two will be called ‘Silence‘ and ‘Skip‘. You guessed right. They will be used to control media playback on the phone.

Typically, the current smartphones require some situations to unlock your smartphone using face data. For example an iPhone XS. To unlock the phone, it requires to lift the device all the way up, pose in a certain way and then it unlocks your phone and you have to swipe up to get onto the home screen. Sounds slow, but practically it is fast.

However, Google Pixel 4 will skip all the steps mentioned above. It will perform a task in a much more streamlined way. So, as you will reach to Pixel 4, it will detect the motion of your hand. The Soli radar chip will activate the face unlock sensors, they will recognize your face while you are picking up your device and done. When your smartphone will reach in the position you use, it will be unlocked till it reaches there – all in one motion. Google claims the face unlock will work in any orientation – even if you’re holding it upside down.