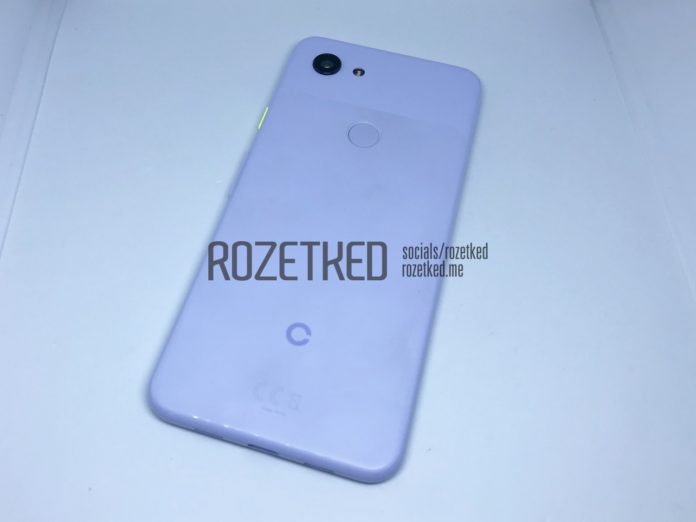 Google launched two new smartphones in the event held at Newyork. The company is planning to launch a mid-range smartphone from a quite a long time and it seems like Google is all set to launch the smartphone as the leaks started to pops over the internet.

Google is working on two new smartphones codenames – sargo and bonito. As of now, Sargo has been leaked online by Rozetked. The device specifications clearly mention that it is made for the mid-range market and will cost around $500.

Google Pixel 3 Lite has targeted the mid-range market so the processor they used is Snapdragon 670 which is mostly seen in the mid-range smartphones. There is a 5.56-inch FHD+ Display with bigger bezels and at top and bottom (so yes no notch).

Talking about the internals, The device sports Snapdragon 710 CPU and Adreno 615 GPU coupled with 4GB of RAM and 32GB of internal storage.

Talking about the optics, It has a single rear camera of 12MP which is exactly same as the one used in the Pixel 3 series. It sports Single front camera for a selfie which is an 8MP sensor.

The device packs 1915mAh battery which should last longer for a day because of the smaller display. The device uses a fingerprint unlock method with the rear mounted sensor.

Talking about the ports, It has a headphone jack, USB-C, and No MicroSD card support. Sadly, There isn’t support for the Stereo speaker in this device.