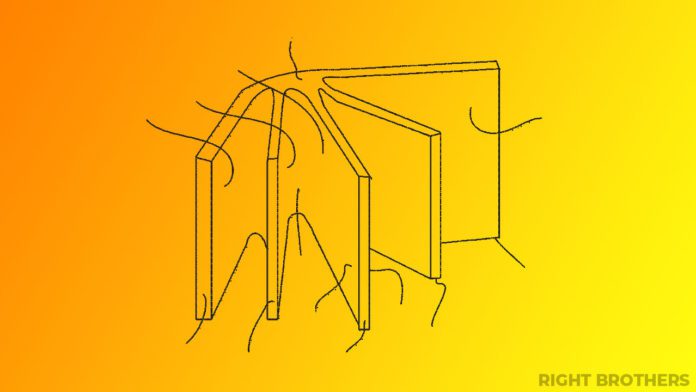 It appears smartphone manufacturers are in a rush. Today, on WIPO (World Intellectual Property Organization), a new patent published. The patent shows a foldable smartphone design with ‘multiple displays’. Seriously, I am not kidding. And the most surprising, the patent has been filed by Google.

Have you ever imagined a smartphone with multiple displays that you can flip like book pages? So far I am guessing the patent showing the same. A book type foldable phone with four displays. However, it seems to be a vision of Google. The patent clarifies whats running in Google’s mind for future. But, it doesn’t seem promising as of now. So, no need to take it seriously.

Well, the phone is pretty much identical to the Samsung Galaxy Fold. It can be opened and closed like Galaxy Fold. The only change is it will have multiple foldable panels. So, as we can see in the wireframe design, the left and right panel will form two separate pages, which could be operated like a tablet screen if you unfold the phone. It would be great if you visualize the thing in your mind.

The panel would be made of a foldable plastic material. As we have seen in the case of the Samsung Galaxy Fold. It catches up the scratches too quickly. Furthermore, this phone is likely not coming anytime soon. There are no more hints that can give us the idea that Google is working on the same.

As of now, let Google work on Pixel devices to enhance the design and make a good looking one. Although, the company has officially confirmed the design on his Twitter handle. But we might see tweaks at its official launch.