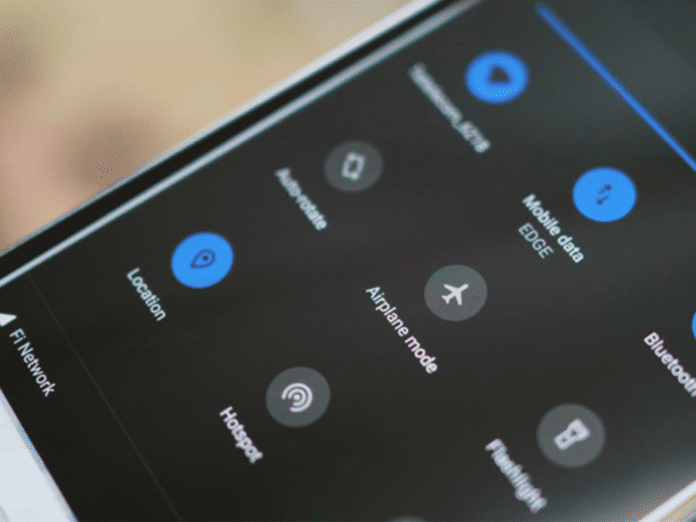 2018 has been a great time for the smartphones. But also it was great for Android development as well. The Android operating system has now a completely new redesigned user interface. And I am sure you are loving it. It’s now darling because if the new material design. The Android Oreo was announced back in 2017. And there were many changes. But the one in which I am personally interested to talk about is the ‘Dark Mode’. Google introduced it for the first time in Android Oreo. And it is still available in Android Pie with some of the improvements and Google explains why!

On the second day of Google’s Android Developer Summit, Google confirmed that the Dark Mode feature significantly increases the battery life. Folks, I know everyone doesn’t like it. There are some people who need super clean, white UI. However, at the Android Developer Summit, Google is back with some evidence and re-iterated the benefit of Dark Mode.

Check out the video attached from the 1 hour, 17 minutes and 51 seconds. There are some major affecting points are covered up. The higher brightness consumes the higher battery life. And after those points, at the time 1 hour, 18 minutes and 25 seconds, he covers compares the Google Pixel device and iPhone 7’s power draw. Note down both phones have maximum brightness. The comparison is for both, the Normal Mode and Night Mode. 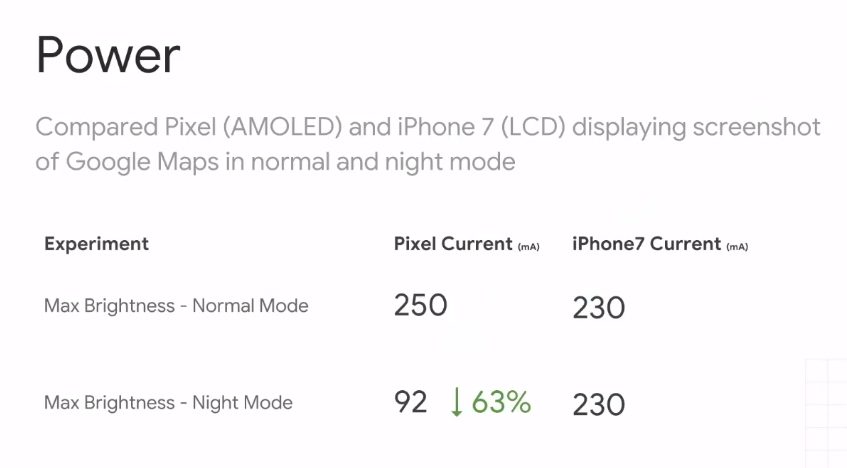 However, keep in mind that Pixel has the OLED display while the iPhone 7 has the LCD. So, we can come on the conclusion that Night Mode feature helps for OLED displays effectively.

The comparison results are the clear here. For the Normal mode the Pixel device consumes the 250 mA power while if you switch to Night Mode, the power consumption is 63% less on 92 mA. For the iPhone, the power consumption is the same at both the settings. Well, the reason is pretty simple. The OLED displays have the individual pixels which barely do some work or produces the light in darker areas which don’t eat power.