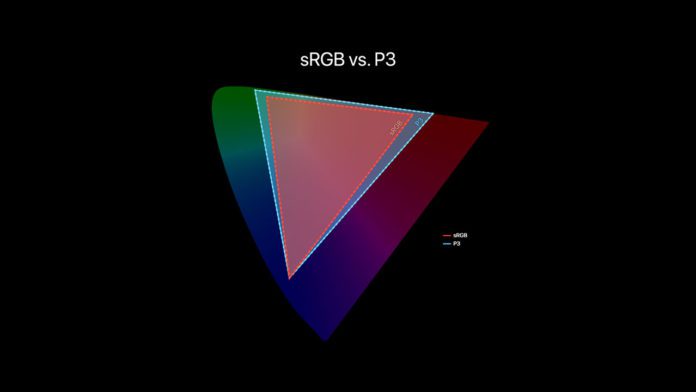 Google camera is people’s first choice when it comes to any camera app for Android device. Thanks to Gcam camera mod developers, people now can use it in other Android devices as well. The smartphone camera is getting better day by day, but it also requires a little bit of software support. And a better camera app feels up the need. However, there is a fact that still Android phone camera are lacking one aspect and that’s the color range for captured images.

Arguably, Google’s artificial intelligence makes images looking detailed and near to perfect colors. But, still, if you see in terms of color range, the iPhone camera is known for capturing the wider range of colors compared to Android. But, Google Pixel 4 would fill up that color gap and seems, it will stand in a line of iPhones.

What is sRGB and P3 Color Gamut?

Digging in further technical information. Basically, there are two different color gamut generally used by each of the phones running on the different operating systems – Android and iOS. Since iPhones are capturing images in P3 gamut which is wide and has a better color range (approx. 25% more) compared to the sRGB gamut used in current Android devices.

Apple introduced this new wider color range support in their iPhone 7 for the first time. It was launched back in 2016. Now later three years, Google is now just making an announcement of this feature support. Well… well… its better late than ever. But, We should highly expect this feature with Pixel 4.

Anyways, moving ahead, so, basically, the images came out from the iPhone camera which is captured in P3 wide-color gamut would not look in more vivid colors on Android mobile screen. Since the Android phone used to drag them to the closest in range of sRGB space. Because image colors are falling outside of sRGB color space. Google camera would make it possible with upcoming Pixel 4. As of now, the iPhone is in the line which is giving direct competition to them.

However, it is hard to notice the color range. Because right now you are using on your smartphone which also not supporting the P3 wide-range color space. So, you might have to face some hassle in finding out the color difference.