Facebook is working on a dark mode for the mobile application and desktop for quite a while and according to some information, it seems like Facebook has started rolling out the dark mode for some users across the world. The dark mode was introduced for the lite application but users of the Facebook app and website were left behind. Well, if you were waiting for that too there this is good news, Facebook is Publicly Testing Dark Mode: Here is How to Enable It.

Jane Manchun Wong, who usually posts about the unreleased feature of the Android application including Facebook posted about the new feature in collaboration with the official company source. As said, it will be available for both Android and iOS users.

You asked it, I chatted with Facebook’s @alexvoica about it and here’s a video made in collaboration with Facebook! pic.twitter.com/TGjdTXDxoP

Some users also reported on Facebook about getting dark mode and more than half of them were iOS users. Although, many were left out from getting this feature even after updating the app to the latest version.

How to Enable Dark Mode 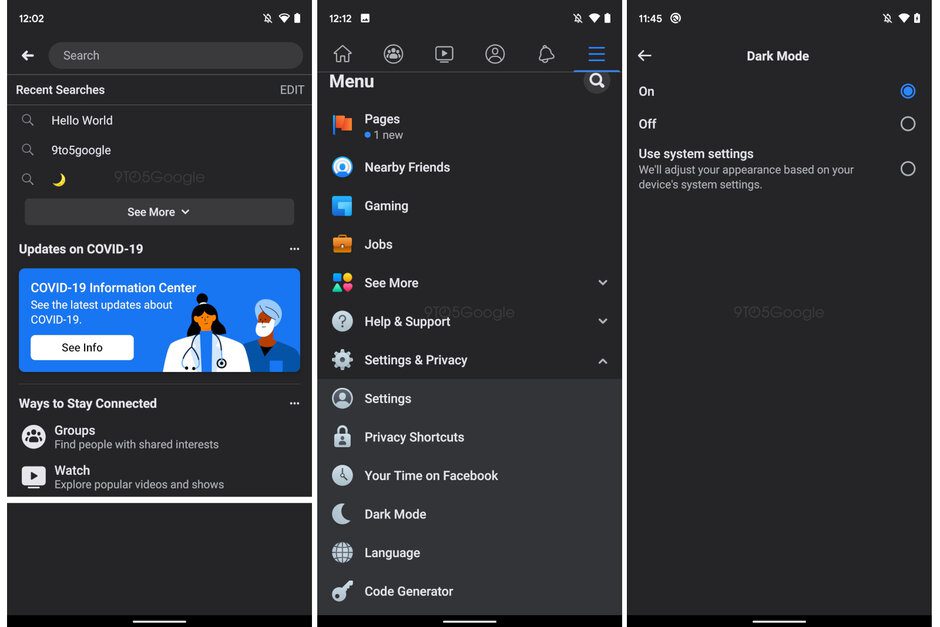 Facebook Messenger and Whatsapp have already gotten the dark mode, Facebook was the only application left behind. It’s good to see that company is pushing after a long time for the users. Dark mode has become the must-have feature for every mobile application for quite a while and most developers are considering it to have in their applications.

Well, If you haven’t got the feature yet then don’t worry you’re not the only one, you will get it within a week or so. If you have any questions or doubts left then make sure to ask them in the comments below.