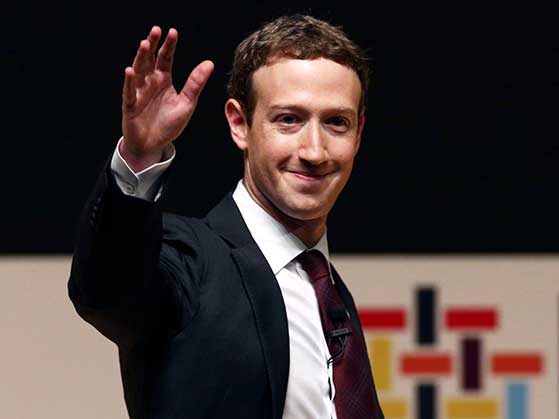 Recently, Facebook’s CEO Mark Zuckerberg said their company has now “Secret Police” in order to catch the leakers. A leak of information can cause the serious problem. When it comes to the giant social media network which contains millions of people’s sensitive information, it is not acceptable. It can cause the damage or harm the company.

Mark Zuckerberg has reportedly said now their company has deployed the “Secret Police”. At the Facebook when some will leak or share any sensitive information with the person outside the company, the “Secret Police” will catch and punish leaker. According to the report made by the Guardian, in 2017, their one employee (the real name is not mentioned in the report) got the message from his manager – “Facebook team is about to promote you.” He went to the company and when he opened the door of the meeting room, he came face to face with members of Facebook’s “rat-catching” team, led by Sonya Ahuja – the company’s head of investigations.

The investigators had all the screenshots, linked he had clicked and other evidence. Based upon that they decided to punish him. The “Secret Police” had also taken shots of his chats which he had done with his contact to leak the information outside the company.

While the conversation with the Guardians team employee said “It’s horrifying how much they know. You go into Facebook and it has this warm, fuzzy feeling of ‘we’re changing the world’ and ‘we care about things’. But you get on their bad side and all of a sudden you are face to face with [Facebook CEO] Mark Zuckerberg’s secret police.”

According to the report, Mark Zuckerberg hosts the weekly meeting on his Facebook company where he shares the details about their company’s unreleased products, strategies, features with their thousands of employees. So, it becomes necessary to keep all the information confidential.

In 2015, when Mark Zuckerberg was on his weekly meeting, he said – “He had warned all the employees and their team is going to find the leakers and fire them.” According to the one Facebook spokesperson, “Companies routinely use business records in workplace investigations, and we are no exception“.

The giant companies always take so much care of their information and not only the Facebook, but as per mentioned by the Guardian, Google also fired their one employee named James Damore. He stopped using his Gmail account after being fired due to fears Google was spying on him.