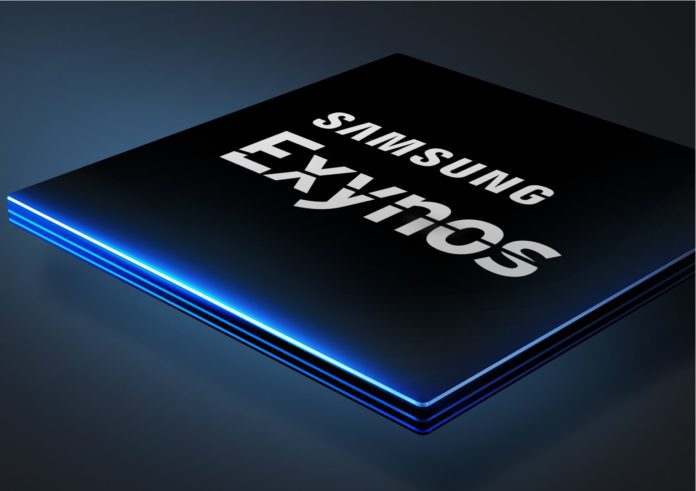 Earlier this month, Samsung announced a new chip to compete with the new processor which are already launched or is about to launch. Samsung Exynos 9810 was a great chip but had some issue with the multicore performance, and because of a heat, the performance was dropping. Because the A55 cores were in a different cluster.  With the 9820 Samsung solves this problem.

Recently All chips are made on 7nm Technology while Samsung’s Exynos is made on 8nm Technology; which shouldn’t make a huge difference os significantly improves the performance.

Samsung said Exynos 9820 is a significant upgrade over the Exynos 9810. The new M4 cores are 20% faster than the last years M3 cores which also reduces the size as only two M4 core used in the new chip. The latest chip is 40% power efficient than the 9810 which is a great improvement. The Power efficiency of the 9820 is still less compared to the Kirin 980.

Exynos 9810 Single core score is even higher than the Kirin 980 so it is obvious Exynos 9820 will beat the Kirin 980 in a single core geekbench score. The expected scores are shown in an image. 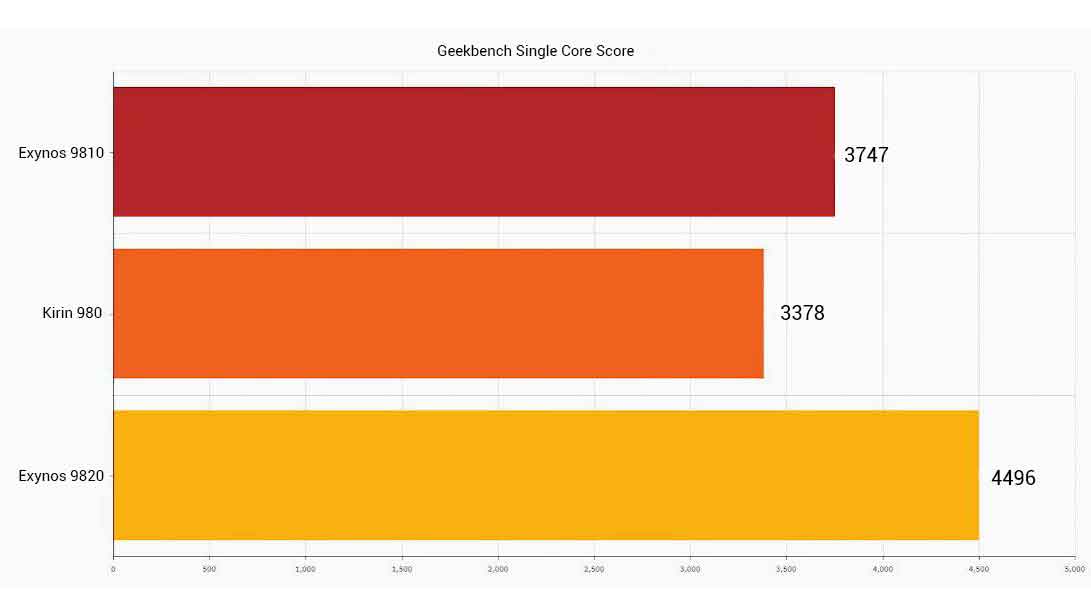 Kirin 980 performs much better in the Multi-Core score. It scores more than 10,000 in a multicore score coming close the Apple’s A12 Bionic. Samsung Exynos 9820 might cross the mark. 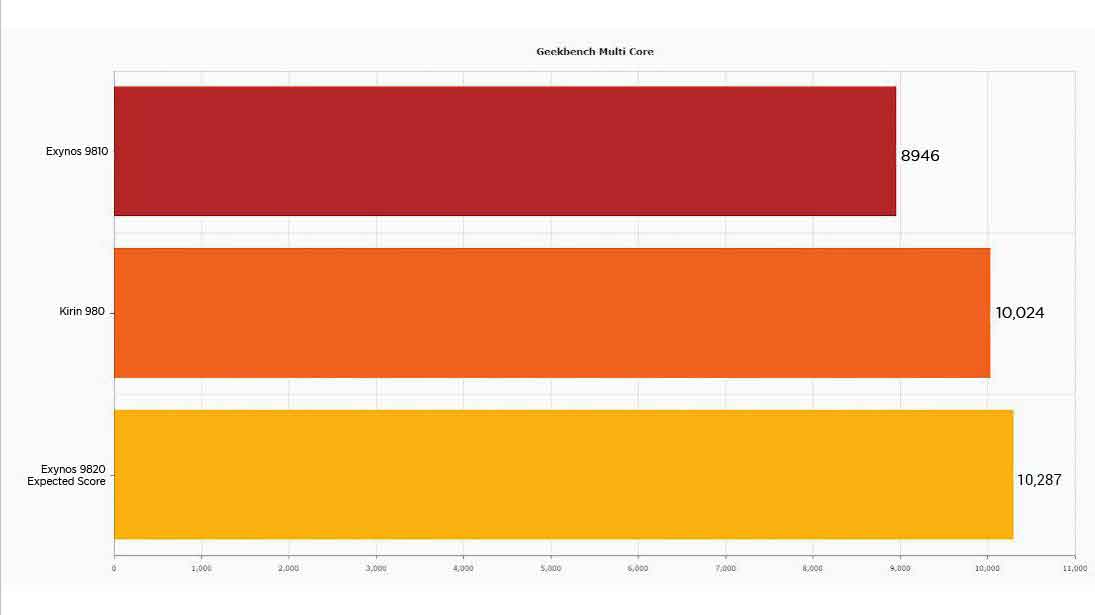 Samsung Exynos 9820 definitely performs better in the theory and on Expected benchmarks. This processor will be used in the upcoming S10 so let’s see how it performs in real life when it comes out.