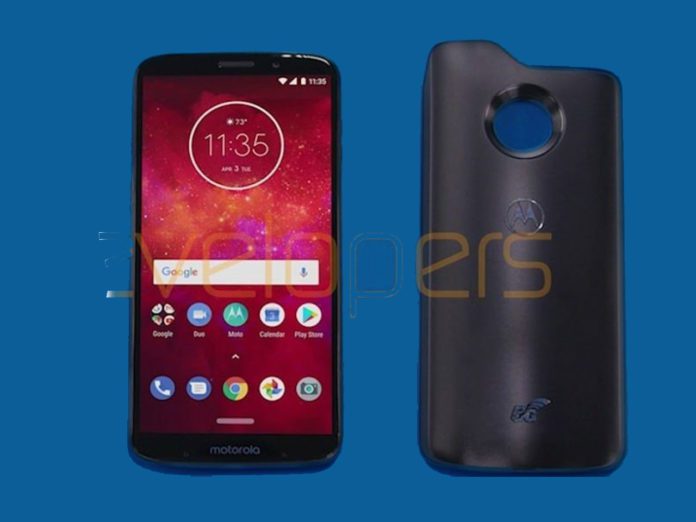 Motorola has already unveiled its G6 series smartphones in Brazil and looking forward to launching on June 4 in India. However, the devices fit in mid-range smartphones’ list. With that, the company has all set to launch its another new Moto Z series device – Moto Z3 Play which is Motorola’s third generation of modular smartphones. Earlier last week, Moto Z3 Play specifications and features has been already surfaced online. Now, there are more images spotted on the XDA Developers’ site, revealing the device itself and new Moto Mod.

From the above image, we can say the promotional image of Moto Z3 Play and new 5G Moto Mod is ready. The device looks similar to the previous Moto Z series device. In fact, it also reflects the design of Moto G6 from the front side. We can see that wider screen as well bezels on the top and on the bottom. It is clear that still, the company is stuck with its signature design.

If you take closer looks on the bottom, there is a long ‘pill’ on the screen. For now, we can say the device will work on the gestures as we have seen them in the new Android P Developer Beta Preview 2. But note that it is merely a custom Moto feature provided over Android Oreo. Further, the user will get that same experience as they have in existing Moto devices.

If you are a fresher and do not know about the specifications, Moto Z3 Play will feature 6″ Full HD+ AMOLED display. The device will be powered by the Snapdragon 636 processor paired with the 4GB of RAM and 32GB/64GB of internal storage. 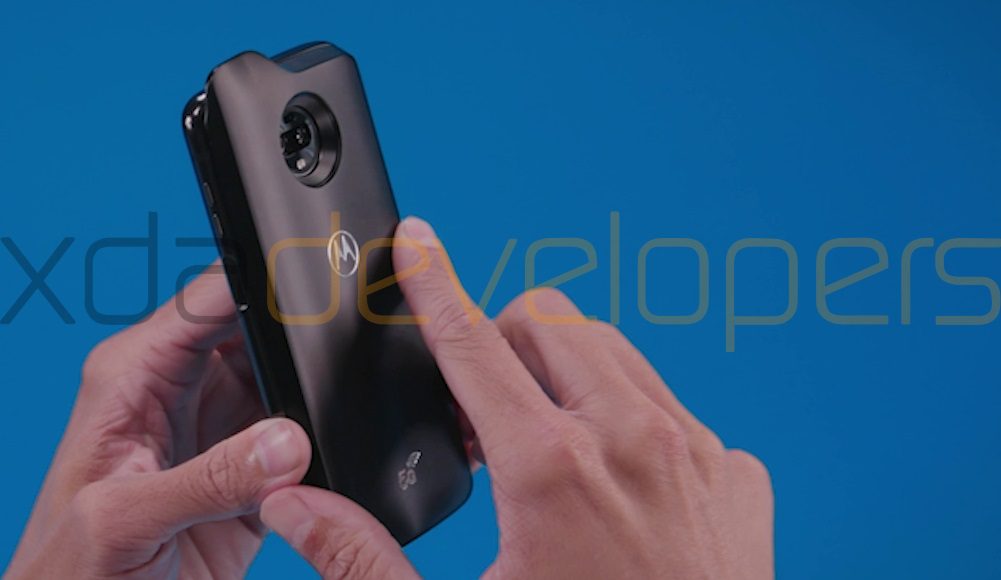