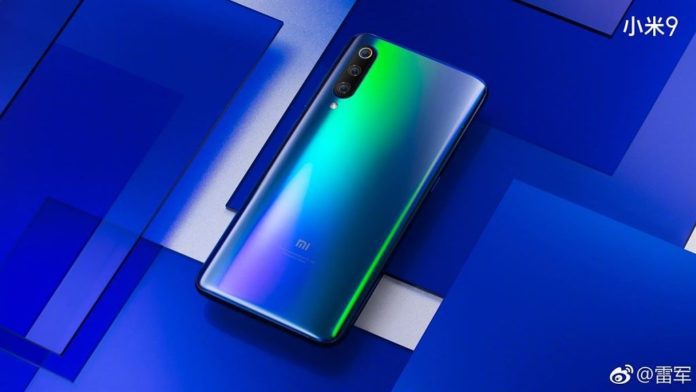 Xiaomi Mi 9 launch is few days far and we have every single information about the device as of now. The company itself revealed some of the information on their Twitter and Weibo accounts. If the specifications were not enough today latest leak revealed the pricing of the device.

Xiaomi Mi 9 to boast a 6.4-inch Full HD+ display with a waterdrop notch at the top. The device has the smallest chin in under Yuan 3999 price range. The display used here is AMOLED which also support the In-Display fingerprint sensor. Xiaomi says the Mi 9 has a sapphire glass covering 243 square millimeters on top of all three rear cameras for protection. The device also has a frame made of stainless steel. 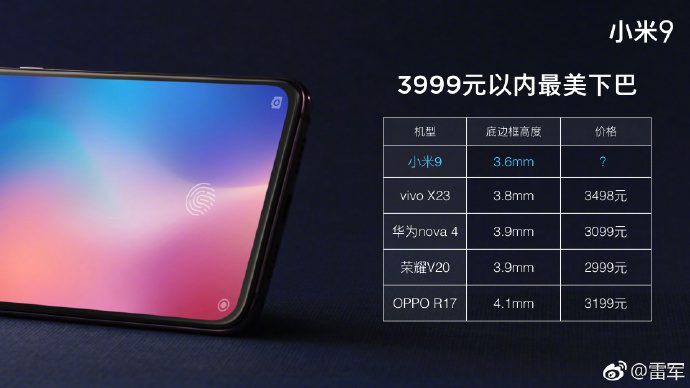 Xiaomi Mi 9 to be powered by Snapdragon 855 chipset as the company just confirmed it on their facebook post. We were expecting the same thing from a flagship device. Furthermore, The device will pack 8GB RAM coupled with 256GB of internal storage. The clear edition might add 12GB RAM and 1TB of storage. 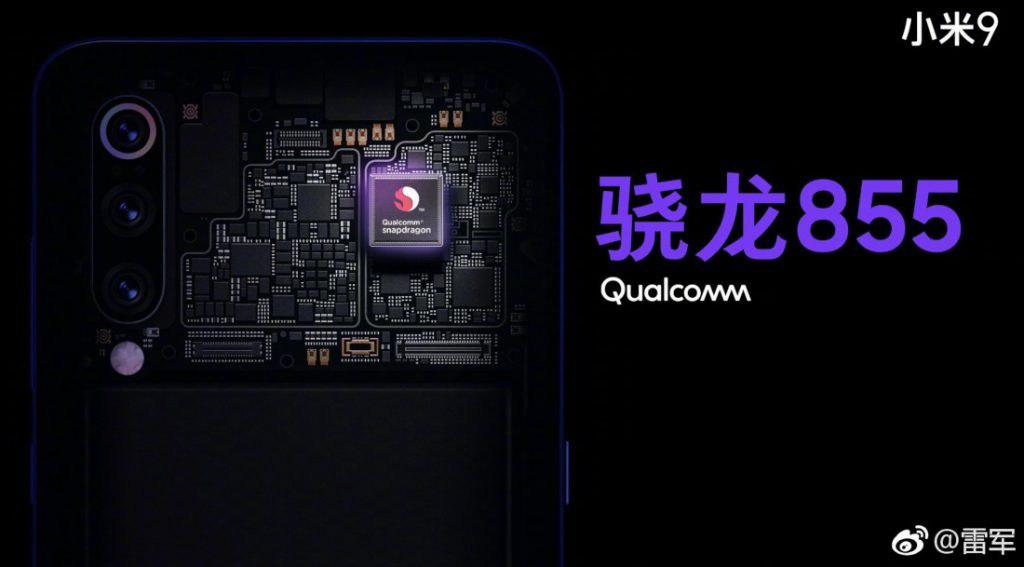 The device will likely pack 3500mAh battery which is confirmed to support 27W fast charging tech. Xiaomi Mi 9 will run on Android Pie based on MIUI 10.

So, That’s all the pieces of information leaked so far. If we have missed anything, let us know in comments below. Also, make sure to follow us on Facebook and Telegram for instant tech updates.