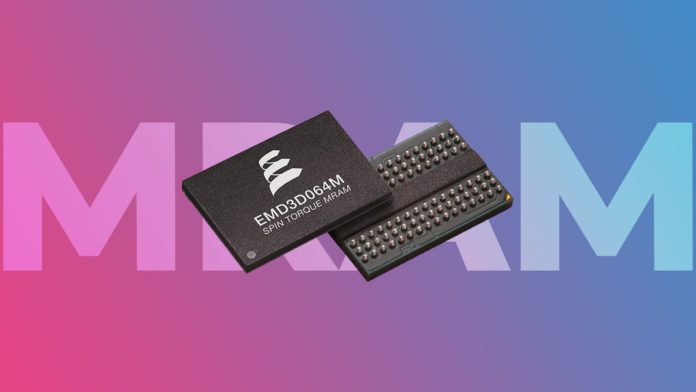 Everspin Technologies, Inc. has today announced that the company has begun the pilot production of its 28nm 1Gigabit (~125 megabytes) Spin-transfer Torque Magnetoresistive RAM which is popularly known as STT-MRAM in the market. Everspin said the company has completed the development activity.

Before the pilot-production, the company was reportedly sending out the pre-production samples in December. The new 1Gbit MRAM will be manufactured using 28nm manufacturing process. Everspin has been in volume production of 40nm 256Mbit Spin-transfer Torque Magnetoresistive RAM from more than a year. And now it adds up the further improved 1Gbit capacity non-volatile RAM in the portfolio. The pilot-production of the new 28nm 1Gbit MRAM will begin within a short period of time.

FYI, MRAM is a combined product of SRAM (Static RAM) and DRAM (Dynamic RAM). It offers a high speed of Static RAM and high density of Dynamic RAM. That means, the MRAM can be used to store a greater amount of data by enabling the faster transfer rate while consuming the less battery power.

In Magnetoresistive RAM, the memory uses a pair of ferromagnetic metal plates which are separated by thin insulating material. One plate is permanently magnetized while remaining one can be magnetized. And the orientation of the two magnetic fields defines 0 or 1 binary bit. Further, it consumes less area compared to the current electronic RAMs.

This is the company’s first move for the 1Gbit STT-MRAM. However, Everspin is not the only company working on MRAM technology, but they also supply the MRAM parts. As the company has mentioned in a press release, new 1Gbit STT-MRAM will be manufactured in partnership with the GlobalFoundaries. It is a company which currently manufacturing MRAM based upon the 22nm process. We see a new future of MRAM’s. Let us know what do you think about this thing in the comments below.