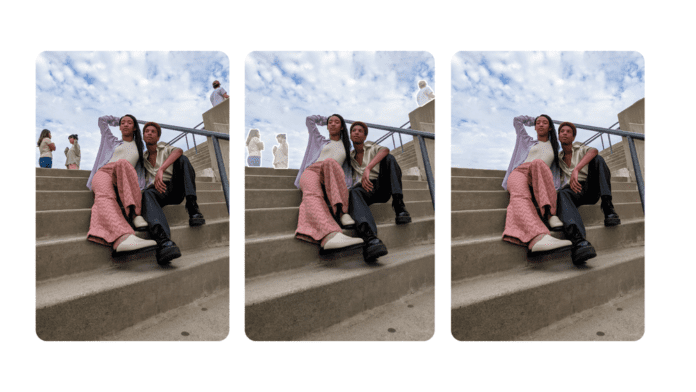 A tech giant Google introduced a mind-boggling feature called magic eraser in their biggest software-related event, Google I/O. While the feature is exclusive to the Pixel 6 series, we have found a way to get it on any android device. While this process can be a little lengthy but it will be worth doing as the outcome is amazing. You can check the sample photos below. So keep reading Enable Magic Eraser Feature of Google Photos in Any Android

What is Magic Eraser Feature?

Magic eraser is a tool that exists in the google photos app that can remove literally everything from the photos that you select. It can be anything like a car, flower, or unwanted people around you. This AI-featured tool lets you use remarkable technology to get you the best photos that you possibly can’t click because of unwanted objects or living.

Take a look at it,

What if it doesn’t work?

What if I get an error while installing the Google Photos app?

If you get an error while installing apk then uninstall the update of google photos first and then try to reinstall.

What if It doesn’t Appear under tools?

Clear the data of Google Photos by going into the setting and application.

Cleared Data, but Still not working?

Download Pixel props and then flash it on your Android. As it only works on pixel devices, for now, installing pixel props will spoof of the pixel and the feature will work on it.

If you have any other questions feel free to ask. Also, read other related articles for more guides.