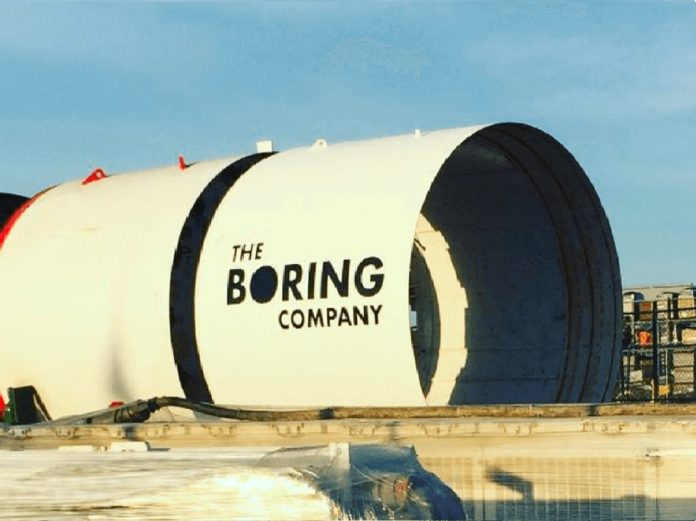 The Boring Company CEO Elon Musk has a new concept in his mind. Elon does not want to stop turning his creative ideas in reality. Earlier we have heard that Elon Musk’s new Boring Company will offer free rides to the public on ‘Loop’ in Los Angeles. Now, the Boring Company has revealed another new concept for this ‘Loop’ or you can say it ‘Personalised Mass Transit System’.

As per report claims, Elon Musk’s new Boring Company will carry 16 people at a time and will do a travel of 240KM per hour. The real surprise now comes. The company will charge just $1 (Approx. Rs. 68) for this fare. On Thursday, Elon Musk held a press conference in LA in order to share some detail about its Boring Company’s new Personalized Mass Transit System. This new system is much talked in past couple of weeks.

As Elon Musk shared in the press conference, his new personalized mass transit system is able to carry passengers from Downtown, LA to LAX Airport. And his company will only charge $1 for this fair which will take around 8 minutes to complete.

As per CNET report claims, The Boring Company CEO Elon Musk has also unveiled his project details. He said the tunnel is 2.7 miles long and that will run from north to south parallel to the 405 freeway in LA. However, during his press conference, he has not shared any information regarding project timeline.

Elon Musk has also shared his tunnel video on his Instagram profile where he writes, “First Boring Company tunnel under LA almost done! Pending final regulatory approvals, we will be offering free rides to the public in a few months.”

First Boring Company tunnel under LA almost done! Pending final regulatory approvals, we will be offering free rides to the public in a few months. Super huge thanks to everyone that helped with this project. Strong support from public, elected officials & regulators is critical to success. As mentioned in prior posts, once fully operational (demo system rides will be free), the system will always give priority to pods for pedestrians & cyclists for less than the cost of a bus ticket.