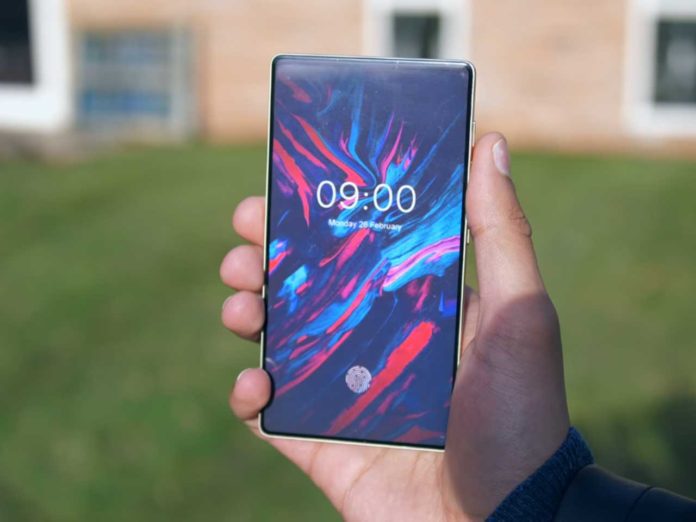 The Chinese brand Dogee is known for making some innovative phones. Dogee is one of the first company to make a bezel-less phone. In affordable price, they offer a variety of specification.

Mr.Whosetheboss A TechYoutuber received a prototype of this device and it said to be the exact same. You can watch a video to have a look at.

At the first look, it looks like a rectangular box. This device is pretty much thick almost 11mm of a size which is higher than any other smartphones launching nowadays. Because it’s thicker that doesn’t mean it has more weight tho. By looking at the prototype we can confirm that there is In-screen fingerprint sensor which is a great idea and innovation done by the Dogee. In-Screen fingerprint technology is already developed by the Vivo but it’s not implemented yet for any smartphones and not available for the consumers.

This device has 97% screen to body ratio (mind blown). So, where is the front camera and sensors? That’s a twist here. There is a slider concept in here, that’s why this device is thick. So, whenever you want to take a selfie just pull up the slider and take a selfie and when you have done, pull it down.

Dogee will launch this device with Snapdragon processor which is good news for all the consumers who will buy this device.

Comparing this device to the Samsung Galaxy S9 plus which has 84.2% screen to body ratio, this device looks futuristic. Also, the newly launch Mix 2s is similar to this with no bezels at the top.

Let me know in comments below what do you think about this device and will you buy it if it’s available in your country?