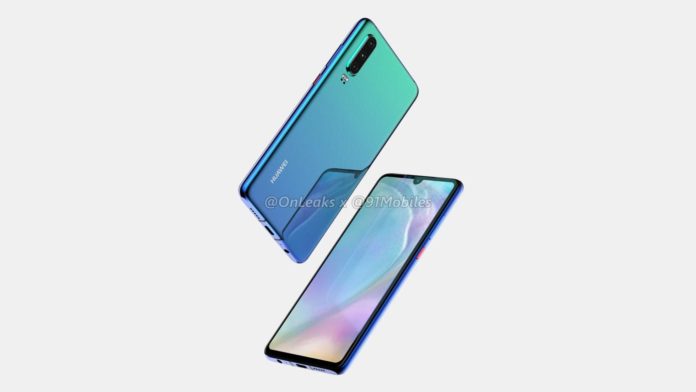 Yesterday, Huawei officially released the launch date of their new flagship P30 Pro. The event is scheduled for March 26 at Paris, France. Well, there is nothing surprising though. Because we are already walking around the rumors. But today CEO of Huawei Technologies Consumer Business Group, Richard Yu, accidentally confirmed that Huawei P30 Pro will have quad camera setup.

Huawei P30 Pro, no doubt, will be another flagship smartphone over its predecessor P20 Pro. The company has introduced a multi-camera solution in P20 lineup first. Also, with that, they pushed the idea of water-marking on clicked images. It seems the same will be continued in the P30 lineup as well.

CEO Richard Yu shared an image of the moon on his official Weibo profile today. It was meant to celebrate the Lantern festival though. But, it looks like he forgot to remove the watermark or he is teasing their fans. The image is containing the watermark. But, the company did a poor job in editing that image. Well, the device name has been removed and it’s an obvious thing. But, beneath the device name, it is clearly readable ‘LEICA QUAD CAMERA’.

Since we know the Huawei P20 Pro comes with the triple rear camera setup, so, it could be mean, the P30 Pro will have quad camera setup as per watermark in the image. So, at this point, the renders come in roll. Further, talking about the other speculations, Huawei will have three devices this time in P30 lineup – P30 Lite, P30, and P30 Pro. That means the smartphones will tie with the Galaxy S10.