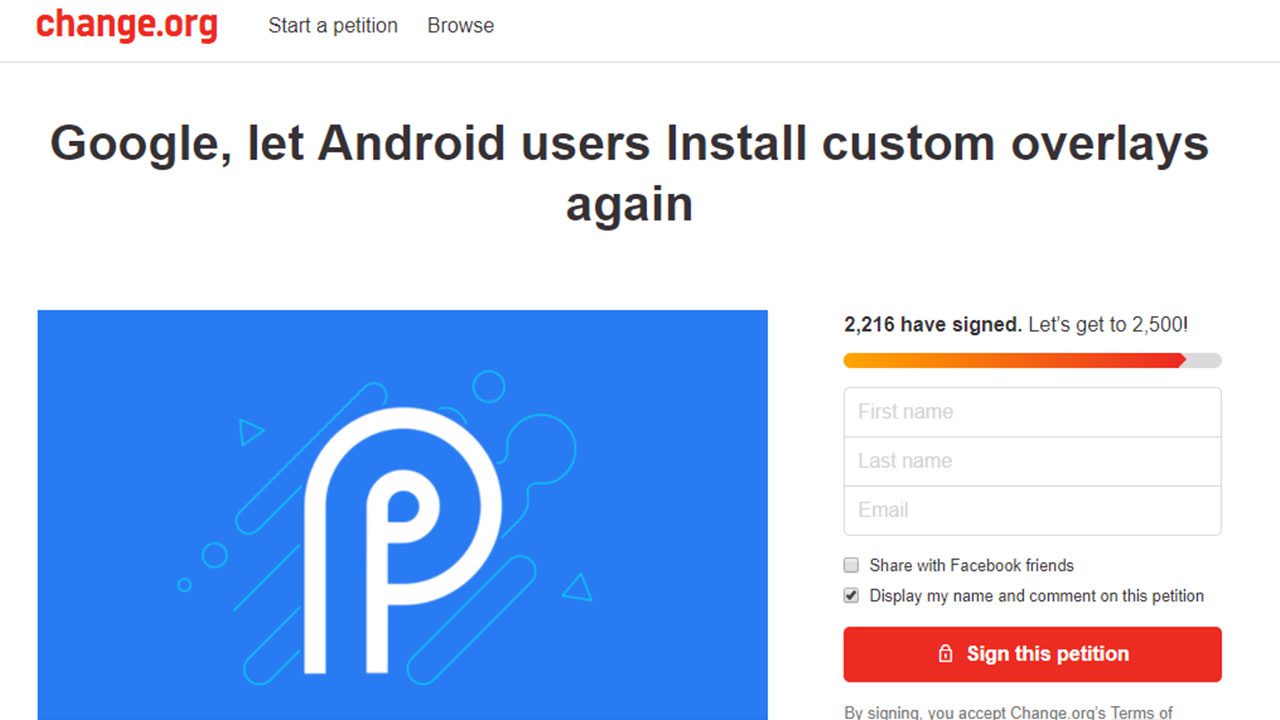 The first Android P Developer preview has been released recently. With the new version number came tons of changes to the Android OS, but one under-the-hood change made thousands of users upset, custom overlays can no longer be installed on Android, starting with the version number “P”. That means no more rootless Substratum. No more custom themes. It’s all gone.

The substratum is a powerful app with roughly 1M users, this commit changed everything for the hundreds of thousands of people that want to install custom themes from the PlayStore without rooting their device. That means no more rootless Substratum. No more custom themes. It’s all gone. If this doesn’t apply to you and all you are interested in are modifying overlays through building AOSP P and expecting OMS to work, it will not. With, or without root, you will be relying on custom ROMs to disable this check.

Google is trying to make Android platform more and more secure that is what they removed this overlays but there should be a solution. Android is mostly known for the customization and if that won’t allows us to customize there is no use. Let Google know that we want custom overlays back in the latest Android P.

One guy from twitter created a petition to bring back custom overlays in android P, If you want Google to bring it back you can support by signing up the petition. 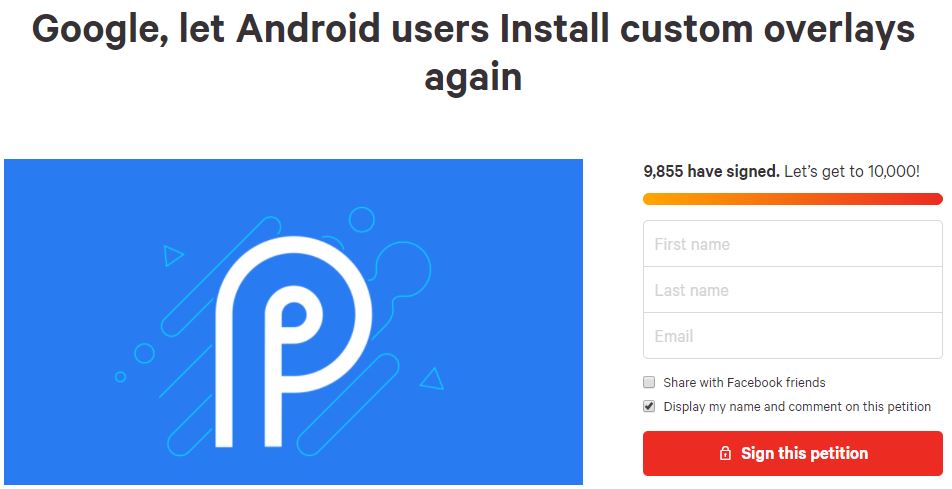 He also said “Overlays themselves are NOT security vulnerabilities. Users cannot just install an overlay and expect it to work magically. They have to be informed individuals to enable an overlay, let alone know how to install one at the first place. People who are installing overlays and enabling them are smart, self-coordinating users that know the dangers and risks when installing overlays. The design of an overlay is genius, in the sense that ONLY resource files are changeable rather than ANY COMPILED CODE or Manifest entries! There has yet to have any malicious overlays since Gingerbread when RRO (Runtime Resource Overlay Framework) was merged. If you’re storing ANY sensitive data in assets or res/raw, then you’re clearly in need of some Android documentation 101. If you don’t want a boolean to be changed, change your coding practices, learn that bools can be HARDCODED.”

So there is a solution so if Google wants a user to add custom overlays then they can find a solution. 2216 peoples already signed the petition and you can be the part of this. Let us know in comments what do you think about this step from the google.