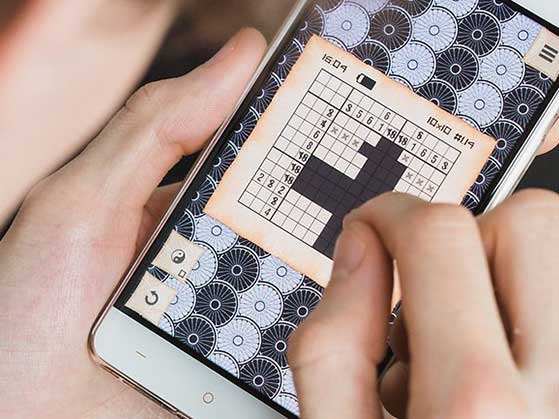 Puzzle games are the most popular games among all the ages. Childs, Youngs and Old everyone likes to play the puzzle game. Even in the playstore suggestion, it shows the puzzle games most of the time. The genre has evolved consistently and developers are improving day by day, by making different apps to tease people’s brain. There are lots of games I really liked but out of that, I have got 5 best puzzle games.

One of the best puzzle games I have ever tried, all level has it’s own logic behind it. This game is the sequel of “yellow” game. The mechanics are solid. This game hooked me up for a long time and is a pretty quick playthrough.

YANKAI’S TRIANGLE is a love letter to TRIANGLES. A puzzling puzzle game about the beauty and joy of infinitely tapping on TRIANGLES for some reason.

With an elegant innovative revolutionary TRIANGLE-first approach to interface, YANKAI’S TRIANGLE lets you tap on TRIANGLES to spin them and stuff. Colors play a part in gameplay too I think. Bring TRIANGLES to a forgotten TRIANGLE, and uncover a TRIANGLE hidden deep beneath the YANKAI.

Threes! is kinda like a more complicated Tetris. You can idly swipe and hope for a big score or really invest yourself in the game. If you ever played 2048 then this game is just like that but it’s more challenging. This game is just adorable and attractive.

Wordiest is a single-player free word game with a hint of multiplayer competition. Wordiestchallenges you to assemble two words from 14 letters, competing with other players given the same set. See definitions as you form words, and touch score results to see what words others played.

This is The best word game I have ever played on Android.

In this game, there are hundreds of puzzles available, More you solve the puzzles more interesting it becomes.

So, These are all the games that I played and really liked. There are a bunch of games I liked but these are the best among all. Let me know in comments below which game you really liked.