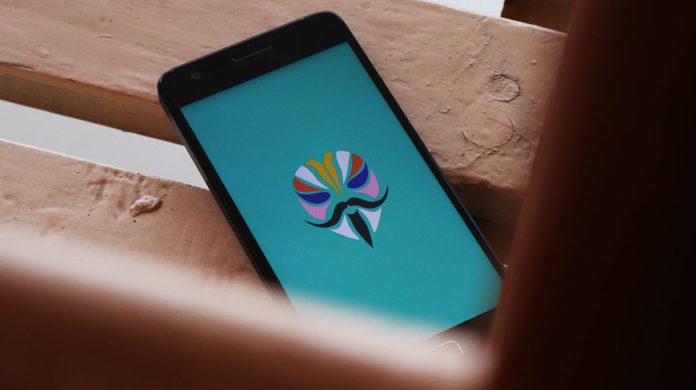 People often love to make tweaks on their Android smartphones. I am currently using Redmi Note 7 Pro handset which currently running on Android Pie custom ROM (maybe I would have changed if you are using this after a month of publishing date) with Magisk modules installed. I have tried so many modules includes ARCore patcher, OnePlus Slate font, YouTube Vanced, iOS 12.1 emojis and more. In this post, I will share some best Magisk modules to use in the second half of 2019.

What is Magisk Module?

For folks who are new in this developer industry, we need to understand what is Magisk modules and how does it work. Magisk can be installed on your Android device to gain the root access. In the traditional way, you can install the Magisk using TWRP recovery or via ADB commands from fastboot mode.

Magisk is currently the most used app to gain root access. Magisk unlocks the root for your device without altering the /system partition. Alongside, gaining the root access, it allows the user to download and install Magisk modules to make tweaks on their Android devices. Although, they sometimes make things worse at the same time they are very useful.

How to Install and Uninstall Magisk Modules

Now I am guessing you have Magisk installed on your device. So, let’s take a look at how to install Magisk modules on your device to get most out of it.

01. Open Magisk. Slide the sidebar on screen by tapping on the three lines located left side upper corner.

02. Tap on the Downloads. You will see tons of Magisk modules available to download and use them. You can search one for your self by tapping on the search icon located over the right side upper corner.

04. You should get a dialogue box on screen from where you have to choose, install.

05. It will take a little bit of time to get downloaded and installed on your device. Once the installation starts, you will get the black screen and after finishing it, choose Reboot.

01. To remove Magisk module, slide the sidebar on the screen by tapping on three lines located on the left side upper corner.

02. Go into Modules. You will see all the installed Magisk modules there.

03. To uninstall Magisk modules, the tap on the Uninstall button next to the module name.

Also, you can follow the video tutorial on App Systemizer if you want to.

XMLPak is the most preferred one Magisk modules. This Magisk module lets you download and use the vendor apps on your Android device. So, sometime you might have seen a message in Play Store says, “This device isn’t compatible with this version.” I truly hate this. And so I discovered this XMLPak Magisk module which allows you to download any vendor APK easily.

If you are gamer, I would recommend downloading Razer Game Booster app from Google Play Store. Its a super neat app which boosts the performance of your device while you are playing the game. XMLPak will allow you to download this app.

If you want to, you can learn about how to enable Google Playground Feature on your device. The guide written is basically for Redmi Note 7 Pro, but you can apply steps on your device in the same way.

Quick Switch is another useful Magisk module. Many of you might be using the OEM’s launcher on your Android device like MIUI, EMUI, ColorOS, and FuntouchOS. The OEM launcher comes with their own user interface including the recent tabs. With QuickSwitch, you can replace the recent app provider with the other launcher. For example, if you want to use a recent tab like Nova Launcher, you can simply switch it using QuickSwitch. The remaining user interface will remain as it is.

This module allows you to install apps which are DRM protected. Take an example of Netflix. If your device is rooted, you cannot install the Netflix app from the Google Play Store due to DRM protection. With liboemcrypto.so disabler, you can hide root from this kind of apps and install them easily on your Android device with one tap from Google Play Store.

Next module in our list of best Magisk modules of 2019 is Universal Doze Mode. The smartphone comes with a common feature called doze mode. FYI, doze mode puts all apps in sleep when you turn your device screen off. However, because Google knows this feature, the Google services like location, Play Store won’t stop even after you turn your device screen off. They won’t go in doze mode. Here Universal Doze Mode comes in picture. This module will put Google services in doze mode. That way you increase your device’s battery life.

We are living in a world where everyday new dazzling technology takes place. While the internet world is quite risky all the time. The Cloudflare offers privacy-focused public DNS that let’s prevent your ISPs from tracking your web history and also promises to load websites faster. While there are so many ways to set up this DNS. But, the one that makes everything simple is the Magsk module. This module will installed Cloudflare DNS on your device systemless.

Majority of smartphones having custom UI atop Android comes with the inbuilt sound equalizer. However, you might don’t feel the improved sound quality after using them. The Viper4Android FX is the best application to equalize your phone sound. After installing this module in your device, you will be able to boost the bass, optimize the phone speaker, also, you can make it even loud then it is now.

Also, Take a Look on
How to Hide Apps (like Tinder) on Android
How to Stop Spotify from Sharing Your Personal Information with Content Providers

Unlike the regular YouTube application, YouTube Vanced will help you to get rid of the ads on YouTube. Not only that, but it will also bring the background play feature. So, with this Magisk Module, you will be able to play any video in the background even with the screen turned off of your device. It’s like you are using YouTube Premium.

Obviously, the default font makes you feel bored on your device. With the Android Pie update, Google has now pushed new Product Sans fonts which indeed feels funky. But, what!? Of course, you can download and apply on your device as well by installing Magisk module named ‘Google Product Sans’. Just search for it and install it. Once it installed, simply reboot your device.

Also, in bonus, there is another similar module named ‘OnePlus Slate Font Systemless‘ which also provides your the same font and you can install through downloads tab.

Android will never add support for the iPhone like emojis. And I know people often ask us on how to get iPhone like emojis. Because they look more realistic and cute. So, with this Magisk module, you can get all iOS emojis on your Android device. It will completely change the visual emojis as well as the keyboard emojis. You can follow us our detailed guide on this topic here.

PUBG lover? Well, gaming is the biggest industry right now. And how we can forget some of the best games like PUBG, Fortnite and Asphalt 9, require the high GPU to play without any lag. Let’s forget high-end smartphones. Of course, you will get everything you want in them. But if you have a mid-range device and you want to play games without lag, that would be great if you push device GPU. And to do so, we will use GPU Turbo Boost. It will increase the GPU power by up to 75% while playing the game. Also, it will reduce power consumption by 25%.

CrossBreeder Lite is Magisk module that I can say, a bundle of different optimizations done for the Android device. It is aimed to improve battery life and reduce lags or stutters on your device. While the developer says the result varies by device. But indeed you should give a shot to this module if you want to get more juice from your device battery.

The last module in our list of best Magisk modules 2019 is Camera2API Enabler. I think Google Camera is everyone’s, first love. With the new Pixel 3 device, Google has added tons of different changes and the most exciting one is Night Sight. With the Camera2API enabled device, you can enjoy all of these features if there is Google Camera available for your phone. Yes, you can enable Camera2API using alternate manual methods by setting up values. But, this will bypass all of those steps. Simply install the module and that’s all!

Well, I have already enabled Camera2API without using this module so, I haven’t attached any screenshot.

That wraps up the list of 15 best Magisk modules to use in the second half of 2019. You can catch further posts on our website.