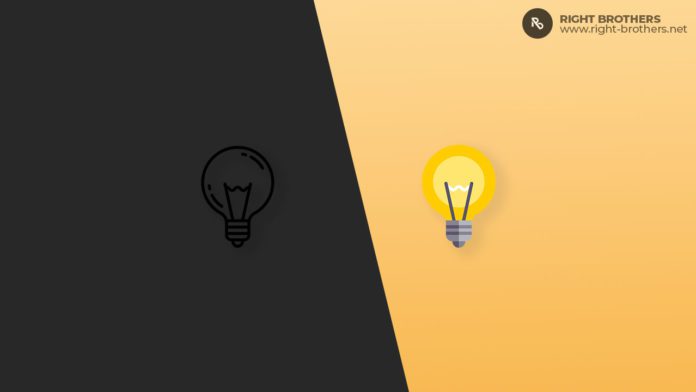 Finally, thanks to Google for hearing users’ requests for implementing system-wide dark mode feature in Android Q. Since OLED panels are being used on smartphones, the dark mode made a noticeable impression. It consumes less power and hence battery drains less quickly. So, in this post, I will show you 9 best dark mode Android apps. Once you will use them, you won’t go back.

Of course, it varies from app to app. Because the work behavior changes from app to app. Funnily enough, Google acknowledged that it was a wrong decision to encourage developers to develop apps with white background. Although, with dark mode on/off button, the problem can be solved. After all, with the Android Q, Google jumping on the system-wide dark mode feature. It would covert the majority of Android apps in a dark theme.

Now, let’s go through a list of 9 best dark mode Android apps. Once you will use them, you won’t go back.

An amazing app to record your to-do list, to schedule your tasks and set reminders if you are a successful businessman and can’t afford an assistant. It will remind you for your appointments and meetings. Google Keep is currently available only on the mobile platform.

In a computer, you must have to open it in a browser. However, since, Google Keep is cloud-based service, you can update your notes in real-time if you have turned on synchronization.

Pocketcast is currently top-grossing podcast app which is loved and praised by each of the single tech journalist and known YouTubers. The app isn’t available on Play Store for free. It costs INR 99. But, believe me, if you ever want a great podcast experience from your favorite channel, you must try this app.

The app costs Rs. 99 but it’s worth. Pocketcast is available on both — Mobile and Windows platform. You can download it from the Microsoft Store to use on your Windows PC.

To turn on dark mode in Pocketcast:
Go to Settings > Appearance > Change theme to ‘Dark Theme’.

To stand with the trend of dark mode, Feedly is also on the safe side. Millions of professionals and passionate learners use Feedly on their phones and tablets to follow blogs, magazines, and other sources that matter to them.

With Feedly, you can easily organize all your publications, blogs, YouTube channels, and more in one place and consume and share more efficiently. No more zig-zagging.

To turn on dark mode in Feedly:
Tap on the bottom-placed hamburger icon > Scroll up until you see ‘Night Mode’ setting > Tap on it.

MX Player is currently growing in the online streaming service category. The app was started with an aim to provide best in the class video player for Android. However, with time to stand in the tough competition of web television, it offers you to scroll through unlimited free movies, web series, TV channels and more.

I don’t use MX Player Pro version. However, the dark mode available. So, there is nothing to worry about. You can turn it on easily by simply following steps mentioned.

To turn on dark mode in MX Player:
Go to ‘Me’ section > Find ‘Dark Theme’.

With Reddit, you can keep up with the most recent trends on the internet. Furthermore, you can discover breaking news first, viral video clips, funny jokes, and hot memes. The official Reddit app makes it easy to find the topics most relevant for you, with an infinite scroll of content streams including, GIFs and videos, night mode, and a lightning fast-loading interface.

To turn on dark mode in Reddit:
Tap on the Profile icon > Now move your eyes down. You will see the moon icon > Tap on it.

Messages powered by Google is the best app I recommend to replace your default messaging app. Messages app just recently got an RCS feature in chat service which allows the recipient and sender to see read receipts. However, the service is currently available for limited carriers. And Google said it is on talk with expanding it more in further countries.

Well, I personally love this app for its clean and minimal user interface. Google’s official Messages app allows you to turn on the dark mode. Furthermore, you also get Google’s smart reply feature which is topping on the cake.

To turn on dark mode in Messages:
Tap on the three dots > Tap on Enable dark mode.

Twitter is now a place where you get everything starting from the breaking news to entertainment, sports to politics, everything on your smartphone. Every day there is a new trending hashtag. You can stay up to date with what’s happening in this world and what people are talking about right now. Twitter allows the user to turn on native dark mode.

To turn on dark mode in Twitter:
Tap on Profile image > Move your eyes down. You will see ‘Bulb’ icon > Tap on it.

Facebook was working on a dark mode for Facebook messenger, it’s true AMOLED dark mode. Before it was hidden. However, later, Facebook officially made it available. Dark mode in Facebook messenger became available since Facebook introduced the new user interface. You can enable it easily now.

To turn on dark mode in Facebook Messenger:
Open Messenger and get yourself into any chat room with your friends > Simply send the moon emoji (?) in chat > Messenger will automatically turn on the dark mode.

If you are on the Play Store and looking for a better gallery app then Google Photos won’t disappoint you. Photos app allows you to take a full backup of your unlimited photos and videos for free for up to 16 megapixels and 1080p HD and access them from any device and photos.google.com.

It becomes so much handy when you are switching to a new handset. You can easily enter your email id and photos will do everything for yours. It will fetch all of your photos from Google’s server and show you on your smartphone’s screen.

That wraps up. This was a list of best dark mode Android apps.

Join our Telegram channel for instant tech updates and smartphone news. Also, do make sure you follow us on our Facebook page.