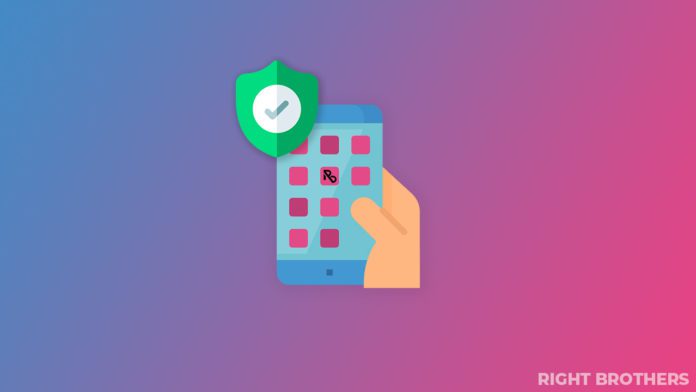 We all own a personal gadget in our pocket. It could have important documents, photos, emails or videos and sometimes audio as well. And they all should place under proper security. In this post, I will share best app lockers for your Android device that can be used to lock app using fingerprint and password.

I guess you must have a screen lock enabled. But, that’s not enough. You should always lock app with password individually. It would improve security. Well, nowadays, OEMs are also giving priority to the app lock feature. So, some clothes like MIUI, EMUI, etc includes app lock feature. Furthermore, if you will install any custom ROM, it would also bring the pre-installed app lock feature.

However, there might be a case where you require app lockers for your Android. And you simply search on Google Play Store for best app lockers. But, it’s not that easy to find the best one. So, here’s a complete list of those all app lockers that will allow you to lock app using a fingerprint, password, and pin.

Starting things off with the quality app locker. So, Norton app locker is taking the first place in our list of best app lockers with fingerprint. Of course, you would have heard of Norton anti-virus. It is developers and distributed by the Symantec Corporation since 1991. And now with the same brand name, the company is providing the app lockers that you can use on your smartphone to keep your apps protected.

Norton app lock offers lot more features inside. Well, the reason I put it in the first place is because of its features and delay period.

Oh, I am just in love with this Fingerprint Security App Lock. It’s fast, smooth, easy, and ad-free. This is a well-deserved app to be in second place on the list. If you are not going with the Norton, I would say, you should give a try to this one. The app is basically a pure app locker that lets you secure your app with your fingerprint.

I want to mention one feature which is new in this app. It is called ‘Improve protection’. When it is turned on, you can’t see the app screen in the recent window. It’s quite a great thing I guess. So, doesn’t matter if anyone just too smart and try to figure out what’s going on in the app through a recent window. However, the feature doesn’t seem working on all the Android devices.

As give suggestion in comment box by Shivam Yadav, I checked this app on my device. The MaxLock app locker is the one which can be used with the Xposed framework installed on your phone. This means, if your device is rooted, you can install Xposed framework and do system modifications so that it doesn’t consume lot more battery and sometime RAM as well.

The default app setting for non-rooted devices uses the accessibility access to read your activity. So that it can show up the lock screen when you open a specific locked app. MaxLock app is quite simple to use. And its another lightweight option which doesn’t have any ads. It also offers fingerprint unlock feature.

Super app lock is another best app locker you can use to lock app on your device. The app comes with the minimal user interface inside with the lock app next to each app installed on your phone. So, you only have to tap on the unlocked icon. The app features fingerprint support, passcode and pin options as well.

However, there are certain reasons for keeping it in third place. And that could be only ad placement. It’s not any kind of annoying that you can’t bear with. Sometimes it doesn’t even show ads. So, basically, this app locker doesn’t have any ads in its own UI. But, sometimes it shows ad on the lock screen. Its only one square box ad. As you can see in the screenshot below. In my case, it is not showing an ad on the lock screen.

AppLock – Fingerprint now has more than 10 million+ downloads on Google Play Store. Well, this could be your best app locker because of some insane features it provides. First of talking about general features that you might be looking for. So, AppLock also features to keep app secured using fingerprint, pattern, and pin. However, there is some new feature I want to share because of them, this app is in the list of best app lockers with a fingerprint.

Switching to the next one, App Locker is our fifth best app you can give a try. If you are minimal UI lover than this app is made for you. There are no extra tons of features like earlier we have seen. So, you just have to tap on install, set app lock fingerprint or pattern or password and done. You are all set.

I am quite impressed with the speed that the lock screen comes up on the screen. It’s quite lightweight and that’s what, I guess, make it fast to use. However, the app does offer some necessary settings like a re-lock option. That lets you select when you want the locked app get secured again. Further, you can also switch between tons of different themes you want.

LOCKit app locker is, we can say, power pack app that lets you gain full control over your smartphone. The app not just only feature app lock service, upon installation, it will also bring photo vault, video vault, phone booster, and security scanner. I know, it’s a lot more thing that you would have expected from any minimal app locker. The app features app lock using fingerprint, pattern, and pin. It does contain ads.

Here we go with the last app locker in the list – Bear app locker. Its another minimal looking app locker. There will be some banner ads which I guess, not annoying so much. However, compared to previous apps, it shows two banner ads at the same time, one on top and another one on the bottom. But, on the positive side, I am impressed with the speed. So, there is no lack of speed though. No one can even take a glance on the app when opens it. The lock screen will pop-up first quickly.

Well, app locker should be lightweight and without ad-free. It is okay to have less annoying ads. But, so far I have shared the list of best app lockers with fingerprint support of all time. And I have tried them by myself before suggesting.